The alleged secret conversations were held in an attempt to find out the whereabouts of missing journalist Austin Tice, who disappeared in Syria while on assignment in 2012. 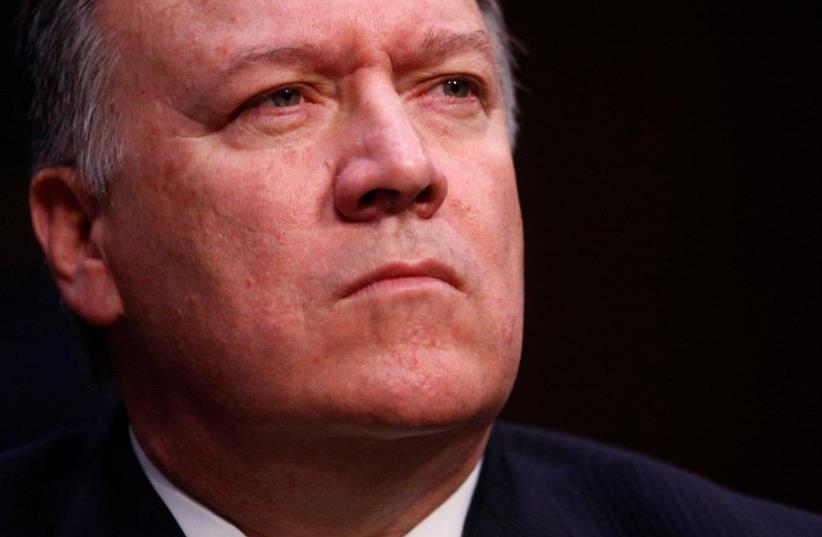 Secretary of State Mike Pompeo
(photo credit: REUTERS)
Advertisement
Head of the CIA Mike Pompeo reportedly conducted secret telephone conversations with Ali Mamlouk, the head of Syria's National Security Bureau intelligence services, the New York Times reported Friday.According to the Times, the CIA chief reached out to Mamlouk in a call that was the highest-level contact between the two governments in years in an attempt to push for the release of Austin Tice.Tice is an American journalist and ex-Marine officer who is believed to be held by the Syrian government. He disappeared in 2012 while reporting from Syria.National security officials, diplomats and investigators have been trying to gauge the fate of Tice, who was in Syria on an assignment, for the past five years. Since diplomatic ties between the two countries have weakened over the years, the CIA chief had turned to Mamlouk as a last resort, the Times report said.Mamlouk has been sanctioned by the US in the past and was accused of abusing human rights during the Syrian Civil War. However, his alleged conversation with Pomepo was successful and had reportedly renewed hopes that Tice could be freed.But then two months later Syrian President Bashar Assad attacked his own people with nerve gas targeted at the Idlib province in the rebel-held north, and the US launched an air strike on Syria in response. The Times, citing unnamed former US officials, said that the heated exchange between Washington and Damascus resulted in the freezing of the secret operation to release Tice.Last year, US media reported that US officials have firmly denied that Austin Tice was held by Syrian authorities.The Tice family, the CIA and the FBI all declined to comment on the Times report.Americans held hostage are at the center of a widely-discussed debate, with the recent and controversial death of Otto Warmbier still garnering headlines worldwide. Warmbier was a 22-year-old college student who was detained in North Korea in 2016 while traveling in the country. He was returned to the US in a coma earlier this week following 17 months in captivity, and died six days later.