The defendants were sentenced to at least seven years in jail, judicial sources said, with some sentences extending to 13 or 14 years. 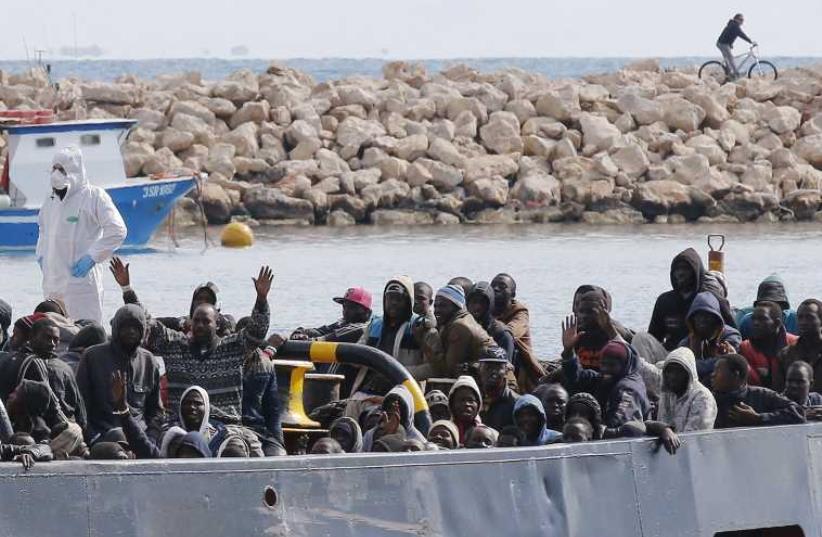 Migrants boat (illustrative).
(photo credit: REUTERS)
Advertisement
RASHID, Egypt - An Egyptian court sentenced 56 people to prison on Sunday over the capsizing of a migrant boat that left over 200 people dead last year.The defendants were sentenced to at least seven years in jail, judicial sources said, with some sentences extending to 13 or 14 years. One woman was acquitted.The boat capsized off the Mediterranean coast on September 21. Rescue workers and fishermen rescued at least 169 people, but at least 202 people died. It was one of deadliest disasters to hit migrants attempting the perilous sea journey from Africa to Europe.Charges against the 57 included causing the accidental death of 202 passengers, not using sufficient rescue equipment, endangering lives, receiving money from the victims, hiding suspects from authorities, and using a vessel without a license.The boat sank in the Mediterranean off Burg Rashid, a village in Egypt's northern Beheira province where the sea and the Nile meet. It had been carrying Egyptian, Sudanese, Eritrean and Somali migrants and was believed to be heading for Italy.A record 5,000 migrants drowned in the Mediterranean last year, aid agencies have said. In the worst known incident, around 500 African migrants and their children died when a fishing boat capsized off Egypt's coast in April.