The head of the museum, Abdel-Salam Raged, apologized in the face of the negative reaction. 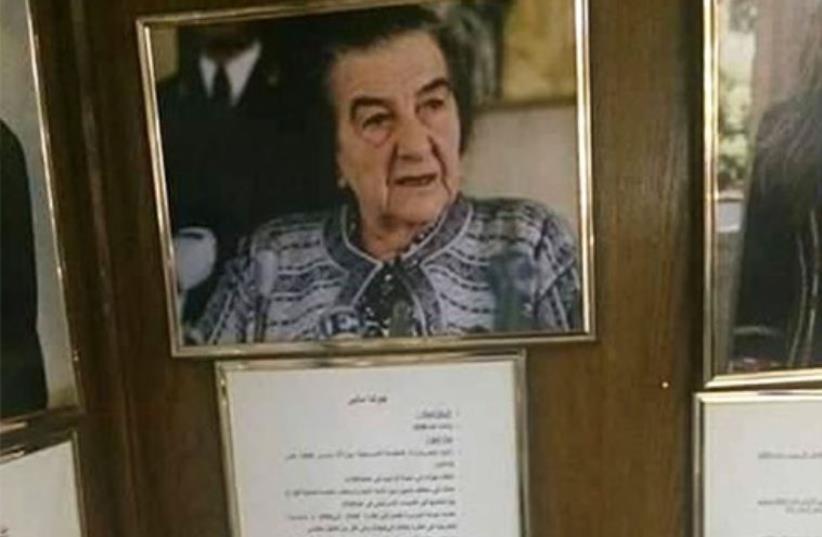 The Golda Meir display at the Pharaonic Village museum in Giza
(photo credit: Courtesy)
Advertisement
Egyptians on social media were aghast over the weekend after it was learned that a museum in Giza had dedicated a display to the late prime minister Golda Meir as part of an exhibition about leading women figures.According to Al-Ahram, a photograph of the Golda Meir section of the exhibit went viral on social media, prompting a backlash against the museum in the Pharaonic Village of Giza.The head of the museum, Abdel-Salam Raged, apologized in the face of the negative reaction."The exhibition includes statues and photos of 70 women figures from all over the world that have affected our lives, whether in a positive or negative way, starting from ancient Egypt until now," Raged told Al-Ahram.The exhibit includes sections devoted to leading figures like Queen Hatshepsut, Queen Cleopatra, Egyptian feminist Huda Saharawi, and the late British prime minister Margaret Thatcher.“Our message was to highlight women's powers not to call for the normalization of relations with Israel," Raged told Al-Ahram.Although Egypt and Israel have adhered to a decades-long peace treaty, cross-cultural ties between the two nations remain taboo in the largest Arab country.