By ARIEL BEN SOLOMON
MAY 13, 2014 16:43
Tahrir Square, Cairo, daytime_311
(photo credit: Reuters)
Advertisement
Egypt’s al-Azhar Grand Imam Ahmed el-Tayeb, a top authority for many of the world’s Sunnis, slammed the Western world for provoking a clash with Islamic civilization in a Sunday interview to Al-Hayat TV and reported by Ahram Online.Tayeb said in the interview that the Arab Spring revolutions are a Western plot to “destroy and divide countries,” adding that the “West presented the clash of civilizations theory in order to provoke a clash with Islamic civilization,” referring to political scientist Sam Huntington’s “clash of civilizations” theory.The West invented “corrupted” theories so it could steal the wealth of the East, Tayeb said, adding that its in a state of extreme moral, spiritual and religious poverty.“There are non-Western nations with old civilizations that are capable of leading the world in a more reasonable way than the West,” he said, adding that “the history of Islamic civilization is full of examples of respect for and recognition of the other.”Tayeb was invited to speak at the World Cup opening ceremony in Brazil next month, Egyptian media reported in April.In a sermon posted online on April 17 and reported by the Middle East Media Research Institute (MEMRI), fellow Egyptian cleric Mustafa al-Aqsari said that historian Bernard Lewis is behind a US plan to divide the Islamic world.“This man, my brothers, is a British national. He is Jewish by religion, the son of two Jewish parents. He is ideologically Zionist, and he is an American citizen. He combines all that is evil. He was born in 1916. This man was an adviser to US presidents Bush Sr. and Bush Jr.”Lewis, said Aqsari, “is responsible for the most dangerous enterprise in history – the plan to divide the Islamic world into mini-states. All you need to do is to type on the Internet: ‘Bernard Lewis, the plot to divide the Islamic world.’” Speaking of Islam’s relationship with Jews, al-Aqsari said that “[The Jews are] our eternal enemies. Dear brothers, never talk about eternal peace with the Jews. Judgment Day will not come until the Muslims fight the Jews. From the day the prophet Muhammad was sent and until Judgment Day, our war with the Jews rages.“This is not, my brothers in faith, what some people call ‘a conspiracy theory.’ This is what we believe according to our religion,” he added.Aqsari said that this “plot” was known to US authorities and “published in the journal of the US Department of Defense” and “unanimously ratified” by Congress in 1993. 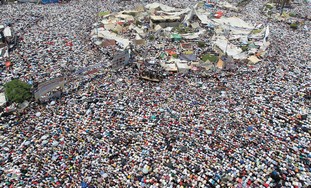