Was Ivanka behind her father's big move? 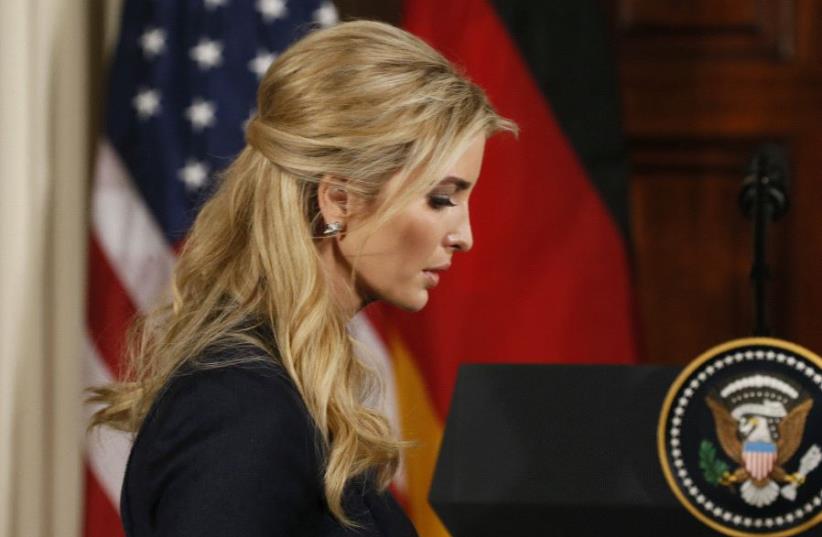 Ivanka Trump
(photo credit: REUTERS)
Advertisement
Eric Trump is "sure" that Ivanka, his sister, influenced their father US President Donald Trump to take military action against Syrian President Bashar Assad, according to an interview published Wednesday morning in Britain's The Daily Telegraph.The US military struck a Syrian air base in response to a sarin gas attack on civilians last week. The chemical assault, which Western powers have said was conducted over several hours by Syrian Air Force planes sent by Assad, killed at least 87 people and wounded more than 550."Ivanka is a mother of three kids and she has influence," Eric said. "I'm sure she said: 'Listen, this is horrible stuff.'"
Aftermath of suspected chemical gas attack in Idlib , Syria on April 4, 2017 (REUTERS)
On April 5th, as footage of the results of the chemical attack spread, Ivanka, who recently took on an official but unpaid role in the White House, tweeted, "Heartbroken and outraged by the images coming out of Syria following the atrocious chemical attack yesterday."

Heartbroken and outraged by the images coming out of Syria following the atrocious chemical attack yesterday.
— Ivanka Trump (@IvankaTrump) April 5, 2017

And on April 7th, following her father's action against Assad, she tweeted, "Proud of my father for refusing to accept these horrendous crimes against humanity."

The times we are living in call for difficult decisions - Proud of my father for refusing to accept these horrendous crimes against humanity https://t.co/yV0oJuC9dE
— Ivanka Trump (@IvankaTrump) April 7, 2017


"My father will act in times like that," Eric Trump told the Telegraph. "And, by the way, he was anti doing anything with Syria two years ago. Then a leader gasses their own people, women and children. At some point, America is the global leader and the world's superpower and has to come forward and act and they did with a lot of support of our allies and I think that's a great thing.""I stay out of politics and I stay out of the administration," Eric said, "but you can tell he was deeply affected by those images of the children... there isn't a single decent person in the world who saw those images and saw those kids being sprayed down by hoses to keep their skin from burning, who wasn't deeply affected by what happened over there... It was horrible. These guys are savages and I'm glad he responded the way he responded."Nikki Haley, the US ambassador to the UN, has said that America is prepared to take further action if necessary. "When the international community consistently fails in its duty to act collectively, there are times when states are compelled to take their own action,” Haley remarked at a Security Council meeting last week. “The indiscriminate use of chemical weapons against innocent civilians is one of those times.”Danielle Ziri contribute to this report.