The US has condemned the “repeated rocket and mortar attacks” against the region. 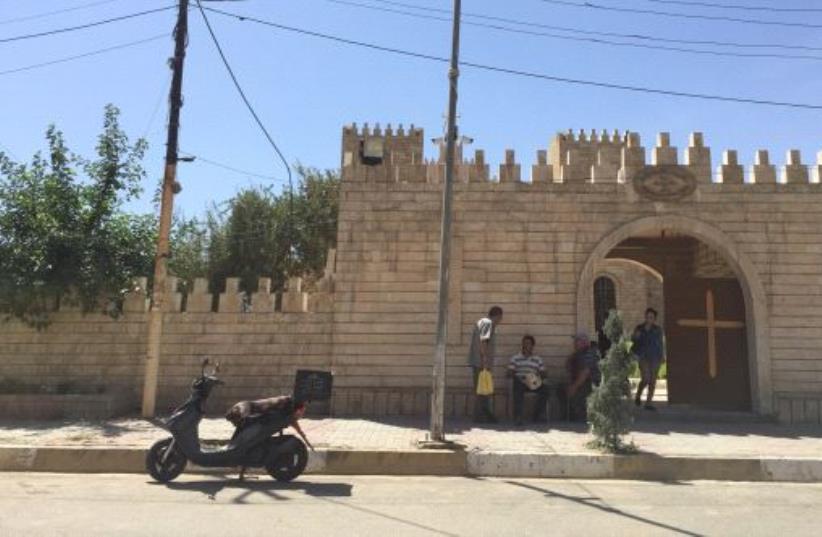 The US on Sunday condemned attacks on the Iraqi Kurdistan Region. The autonomous region in Iraq has suffered numerous threats and attacks by pro-Iran militias over the last years. The US maintains facilities in the region and the region is important for stability, security and also energy exports.

Recently, Kurdish parties had not been able to come to an agreement with Muqtada al-Sadr in Baghdad and the parties have a dispute about energy exports. Sadr recently told his members of parliament to leave and this has benefited Iran, potentially threatening the Kurdish region.

The US has condemned the “repeated rocket and mortar attacks” against the region. The statement by Ned Price, the spokesperson at the US Department of State, said that there had been three attacks in Sulaimaniya in the last four days on gas infrastructure.

“These attacks are designed to undermine economic stability,” the statement says. It also claims that the attacks sow division and intimidate. It called for an investigation. The US claims to stand by the Iraqis and its partners in the KRG.

However, the US won’t name the aggressor. Prime Minister of the Kurdistan Region Masrour Barzani also condemned the attacks. “Like citizens across Kurdistan, I have been deeply troubled by the repeated terror attacks on our people and public infrastructure in recent months.

A group of Iranian Kurdish women, who have joined Kurdish peshmerga fighters, take part in a training session in a military camp in Erbil, Iraq July 9, 2019. (credit: REUTERS/AKO RASHEED)

"The cowards behind the attacks have resorted to terror tactics because they have lost the court of public opinion in the rest of the country. Rather than focus on the future, and economic integration to lift up the country, lawless groups have resorted to rocket attacks on our villages and civilians,” he said. “I have spoken by phone with key political partners in the Kurdistan Region and Iraq, and our friends abroad. During my call with Prime Minister Mustafa Kadhimi, I emphasized the need for joint Peshmerga and Iraqi security forces to fill any remaining vacuum in the disputed territories used by lawless groups to recklessly destabilize the whole of the country. I explained to the Prime Minister that the attacks threaten the country’s electricity provision and the investment climate for all the country, and I have urged him to take public, practical measures to rein in the groups,” he said.

According to the Kurdistan Region, “the Kormor gas field - operated by Dana Gas - in Chamchamal town in the Kurdistan Region has been targeted by rockets today evening for the third time since Thursday. The attacks have not resulted in any casualties or material damages, and the operation at the field is normal.”

Rudaw media in Erbil reported on June 27 that “Dana gas has temporarily suspended the work on one of its expansion projects in Khor Mor gas field after it was hit by three rockets in less than a week, the company said on Monday as production operations in the field continue.”

While it noted that, the three rockets struck the key Khor Mor gas field in Sulaimani’s Chamchamal district in a matter of four days, “the offenses did not result in injuries or damages, Dana Gas affirmed in a statement seen by Rudaw English. However, it said that the ‘work on the KM 250 expansion project has been temporarily suspended while security enhancements are carried out.’” This is important because it shows that the groups attacking the gas field, likely Iranian proxies in Iraq, are able to halt work.

Meanwhile, reports say more rockets have been fired at the Turkish base at Bashiqa. A report at Rudaw said the attack was carried out on Friday. “At least two rockets targeted Zilkan military base hosting Turkish troops in northern Iraq on Friday afternoon," a local official told Rudaw while noting that no casualties were reported. "The rockets fell outside the base and did not cause any injuries or casualties, Mohammed Amin Gharib, the mayor of Zilkan subdistrict told Rudaw.”

There have also been rocket attacks on the KAR Group’s refinery according to the Iraq Oil Report, on May 4 and April 7. These attacks, likely carried out from Nineveh plains by pro-Iran militias, have struck near Kalak and Khabat on the road several dozen kilometers northwest of Erbil. The refinery is also called the Kawrgosk refinery. Pro-Iran groups have used Christian villages in Nineveh plains as cover for firing their rockets. They have also targeted Erbil International Airport and Iran has targeted an area near where the new US consulate is being built in Erbil in March.

On June 8, a drone also struck near Erbil. Iran is likely behind all these attacks, either directly or using proxy militias. It timed the attacks on energy, such as gas and oil infrastructure, to coincide with recent disputes between Erbil and Baghdad.

The agenda is to threaten Erbil’s economy and security. The US puts out statements but does little to stop the attacks. The US has also reportedly ignored some 29 other attacks since last October that have targeted US troops and other facilities across Syria and Iraq.