Couple in Iran sentenced to death for adultery

"It is beyond sad that in 21st-century ISIS is it still in power; in my beautiful country Iran." 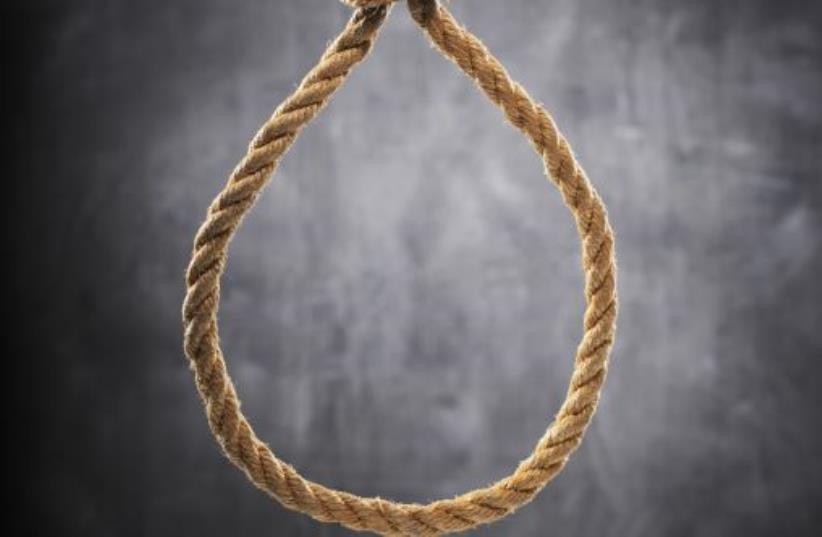 The Islamic Republic of Iran sentenced an Iranian man and woman to death for adultery after a father-in-law urged the judiciary to execute his son-in-law.

According to reports in the Persian language US government news organizations Voice of America and Radio Farda, Iran’s regime imposed the death penalty on a 27-year-old married man and his 33-year-old female lover named Sareh. The married man’s wife sought to withdraw the complaint against her husband in a last-ditch effort to spare his life, but her father overruled her attempt and demanded the death penalty.

The death penalty case was reported in the Iranian regime-controlled outlet Shargh Daily. The British news organizations The Daily Mail and The Sun, as well as the French news outlet AFP, reported that Iran’s regime planned to execute two gay men for same-sex relations. The outlets, according to an Iranian human rights activist, erred and confused the genders. The name Sareh is not typically a female name.

“A married Iranian man and his male lover have been sentenced to death for adultery after his father-in-law demanded they be executed,” reported The Sun on Saturday.

“A man & woman who had sex outside of marriage were sentenced to death in Iran,” tweeted Masih Alinejad, the Iranian-American women’s campaigner and journalist. “It’s been approved by the Supreme Court. They are one step away from execution. Please be our voice to save their lives. I call on the international community to hear us, @jack! Don’t remove this photo.”

A man & woman who had sex outside of marriage were sentenced to death in Iran. It’s been approved by the Supreme Court. They are one step away from execution. Please be our voice to save their lives.I call on international community to hear us.@jack ! Don’t remove this photo pic.twitter.com/N7uIvEZiXq

Jack is the Twitter handle of Jack Dorsey, CEO and founder of the micro-blogging platform.

“The man is 27 years old and the woman is 33,” Alinejad said. “Through their mobile phone, the judiciary system found out that they had sex out of marriage. It is beyond sad that in [the] 21st-century ISIS is... still in power; in my beautiful country Iran.

“Under Iran’s penal code, adultery is a ‘crime against God’ for both men and women,” she said. “It is punishable by 100 lashes for unmarried men and women, but married offenders are sentenced to death.”

THE ISLAMIC Republic garnered international headlines in 2010 for its planned stoning to death of Sakineh Mohammadi Ashtiani, who was convicted of “adultery while married.” After international outrage over her penalty, Iran’s regime backtracked on its stoning death penalty. The regime imposed 99 lashes on Ashtiani, which was observed by her teenage son.

The Times reported in 2014 that Ashtiani was permitted to leave prison after almost nine years on death row.

Zinah is an Arabic term, which defines acts of sexual intercourse prohibited by Islamic Sharia law. CNN reported in 2013 that “stoning remains the way Iranians – overwhelmingly women – are punished for committing adultery.”

Iranian-American human rights activist and expert Lawdan Bazargan said that “In the 21st century, the Islamic Regime of Iran hangs people for committing adultery. What makes this absurd decision more Kafkaesque is that the father of the man whose wife committed adultery demanded from the court the most severe punishment. The father-in-law is not even an injured party, but he used ‘honor killing’ laws to take revenge.

“The Islamic Regime’s laws are punitive, retributional and ‘an eye for an eye’ instead of following human rights or a just system,” she said.

Rev. Johnnie Moore, who is an expert on the Middle East, e-mailed The Jerusalem Post saying that, “literally, the White House has said again and again that human rights are their top foreign policy priority. Clearly, what they meant was: ‘except when it comes to Iran.’ Not to mention, Iran’s undercover forces in Iraq appear to have just tried to assassinate the Iraqi prime minister and – surprise! – the statements issued by the White House & Department of State judiciously, absurdly avoid mentioning ‘Iran’ at all.

“Americans – Democrat or Republican – do not support ‘a deal, any deal, at whatever the cost,’ he said. “How many more reasons does Congress need to immediately demand the White House cancel the JCPOA [Iran nuclear deal] negotiations scheduled to resume in Vienna on November 29? Instead, they should revoke the concessions already made & sanction everyone and everything left to sanction.”