"Iran is not bluffing ... Technically, we are fully prepared to enrich uranium higher than we used to produce before the deal was reached... I hope Trump comes to his senses and stays in the deal." 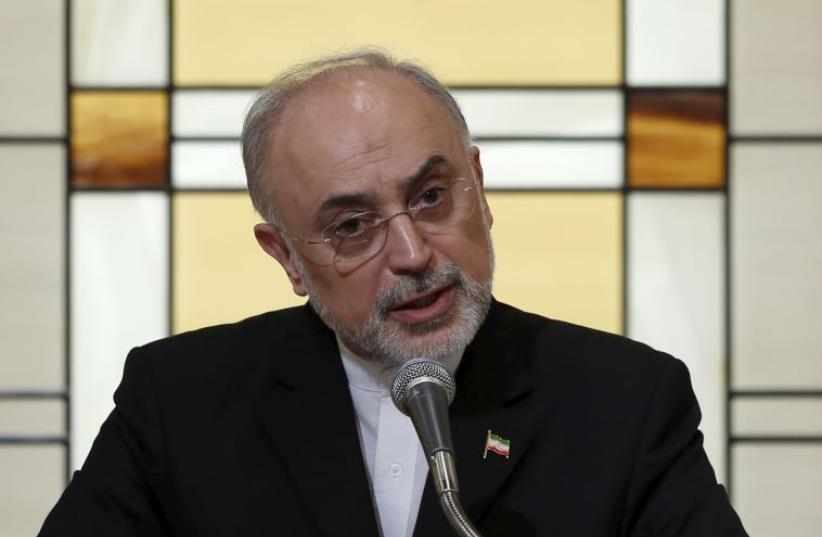 Iran's head of the country's Atomic Energy Organization, Ali Akbar Salehi
(photo credit: REUTERS)
Advertisement
ANKARA - Iran has the technical capability to enrich uranium to a higher level than it could before a multinational nuclear deal was reached to curb its nuclear program, state TV quoted the head of Iran's Atomic Energy organization Ali Akbar Salehi as saying.
Israeli expert: Iran will hardly agree to renegotiate nuclear deal, April 30, 2018 (Reuters)
US President Donald Trump has given European signatories to the 2015 deal a May 12 deadline to "fix the terrible flaws" in the agreement, or he will refuse to extend US sanctions relief on Iran.Salehi warned Trump against taking this course. "Iran is not bluffing ... Technically, we are fully prepared to enrich uranium higher than we used to produce before the deal was reached... I hope Trump comes to his senses and stays in the deal."Under the deal, which led to the lifting of most international sanctions in 2016, Iran's level of enrichment must remain around 3.6 percent.Iran stopped producing 20 percent enriched uranium and gave up the majority of its stockpile as part of the agreement with the United States, Britain, France, Germany, China and Russia.Uranium refined to 20 percent fissile purity is well beyond the 5 percent normally required to fuel civilian nuclear power plants, though still well short of highly enriched, or 80-90 percent, purity needed for a nuclear bomb.Tehran has ruled out any possibility of negotiating over the country's ballistic missile program, its nuclear activities beyond 2025 and its international role in the Middle East, as demanded by Trump.Britain, France and Germany back the deal as the best way of stopping Tehran getting nuclear weapons, but have called on Iran to limit its regional influence and curb the missile program.