Halfway through Congress review of Iran deal, the White House is winning 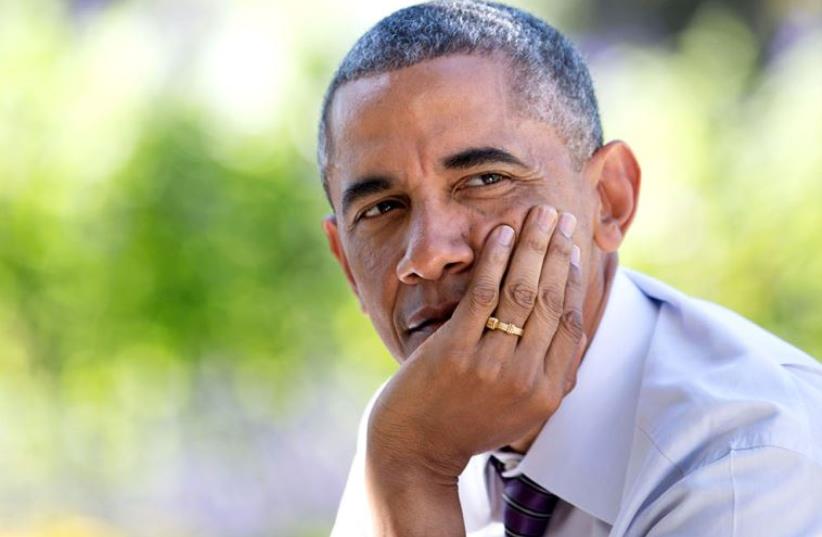 US President Barack Obama at the Rose Garden of the White House
(photo credit: OFFICIAL WHITE HOUSE PHOTO / PETE SOUZA)
Advertisement
WASHINGTON – The Obama administration is likely to succeed in protecting its nuclear deal with Iran through a vote of disapproval in Congress next month.More than halfway through Congress’s 60-day review period, 24 Democratic senators have declared their intentions to support the deal. Only two have not: Sens. Bob Menendez of New Jersey and Chuck Schumer of New York.
US Senator Menendez announces opposition to Iran deal
For the Joint Comprehensive Plan of Action to survive the vote, US President Barack Obama needs only secure support from one-third of one congressional chamber. That will be enough to sustain the president’s veto, should a resolution of disapproval pass with marginal Democratic support.But even that appears unclear, with only 20 Democratic votes now up for grabs in the upper chamber. Senate opponents of the agreement must secure the support of four additional Democratic colleagues to get the 60 votes needed to break through a filibuster on the Senate floor.Several undeclared senators are considered loyal to the president, and are expected to vote his way, such as outgoing Minority Leader Harry Reid of Nevada and Claire McCaskill of Missouri.The president “has a great likelihood of success,” Senate Majority Leader Mitch McConnell (R-Kentucky) said this week. “I hope we can defeat it, but the procedure is obviously stacked in the president’s favor.”In a 45-minute address delivered in his home state on Tuesday, Menendez characterized his decision to oppose the agreement, driven by “conscience,” as the “unpopular course.”“I know that, in many respects, it would be far easier to support this deal, as it would have been to vote for the war in Iraq at the time,” he said. “But I didn’t choose the easier path then, and I’m not going to now.”The House of Representatives poses an even greater challenge. Opponents of the JCPOA must secure 44 Democrats to vote against the president in that chamber; thus far, 12 have declared their intentions to do so, while 60 remain undeclared.Obama is encouraging members who plan on supporting the deal to announce their decision early. The strategy appears to be one of building momentum inside the Democratic caucus, toward a party-line vote that pressures fellow Democrats otherwise on the fence.Republicans are uniformly opposed to the agreement. The sole GOP senator who had considered voting in favor, Jeff Flake of Arizona, announced his opposition last week