More F-35 fighter jets and increased funding for the development of defense systems may be part of increased US defense package. 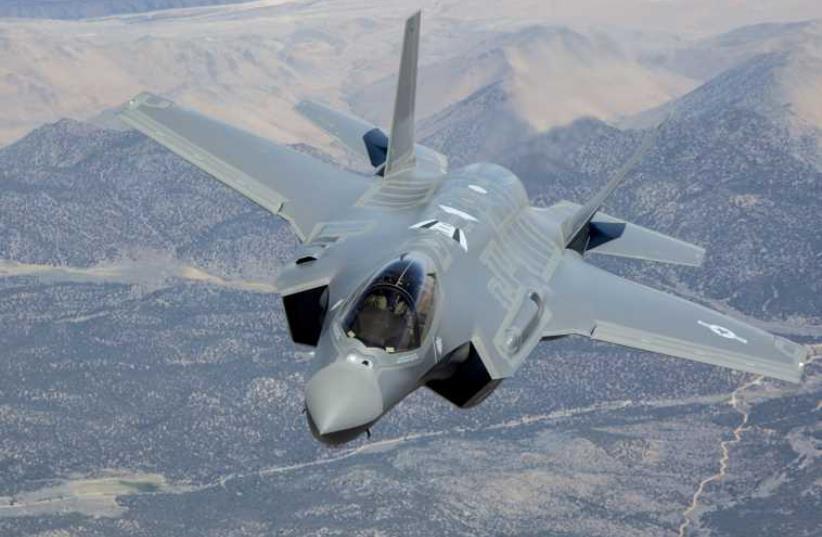 F-35 fighter jets
(photo credit: LOCKHEED MARTIN)
Advertisement
Two days after the nuclear deal was reached between world powers and Iran, the defense establishment is expecting that the US military aid package to Israel will increase in the coming years. Defense officials believe that certain aspects of the aid package may be strengthened, such as the inclusion of an additional squadron of F-35 fighter jets, extra funding for the development of defense systems and restocking munitions that the IDF is in great need of a year after Operation Protective Edge.
Rice after Iran deal: US open to exploring ways to bolster security ties with Israel
US Secretary of Defense Ashton Carter, who is considered a close friend of his Israeli counterpart Moshe Ya'alon, is scheduled to arrive in Israel next week. Carter is expected to lay out a package of defense "benefits" on Ya'alon's table in order to ease the heightened tension between Washington and Jerusalem over the nuclear deal.Carter will recite the usual speech in front of the cameras about Washington's commitment to Israel's security and then the two will meet face-to-face to discuss the consequences of the Iran nuclear deal.The US currently sends some three billion dollars of security aid to Israel every year, but each year this budget is surpassed when other expenditures not included in the package are added in, such as special projects like the development of various defense and munitions systems. If the Americans agree to increase the aid, or alternatively to provide a large grant, they will likely require assurances from Prime Minister Benjamin Netanyahu not to carry out a military operation without first informing Washington.
What does the Iran nuclear deal mean for Israel?
Israel will want to add an extra F-35 squadron and will also wish to continue to improve the Iron Dome rocket defense system, perhaps adding more Iron Dome batteries. However, to begin, it will place all of its hopes on the development of the David's Sling anti-missile system, which is designed to shoot down short-to medium-range missiles. It is expected to be operational in the coming year. Israel is also expected to seek improvements in the field of cyber-defense.Terror a bigger concern than nuclear weaponsIsrael is cautious to speak about it officially, but it has already started to put together a new assessment of the security situation in light of the nuclear deal. IDF Deputy Chief of Staff Maj.-Gen. Yair Golan has been tasked with assembling the assessment. Additionally, for the first time in six years, the Israel Air Force is expected to hold a number of drills together with the US and European countries aimed at dealing with long-range missile attacks and flights to distant countries.Israel is not hiding the fact that the military option remains open, but knows that after the signing of the deal, it will be far more difficult to carry out. Both the defense minister and the prime minister will emphasize to the Americans that the Iranian threat is not only on Israel, but on the stability of the entire Middle East. They are expected to be backed up in making this claim by the Saudis, Egyptians and perhaps even Turkey, who is no less worried than Israel, something that may warm relations between Jerusalem and Ankara.The division of Israel's intelligence resources will also change, with the slice of the pie belonging to the Iranian arena growing considerably. However, the most concerning fact for Israel in the short term is not Iran's nuclear ability, but rather that the world is accepting into the family of nations the Islamic Republic, which spreads terror to Lebanon, Syria, Gaza and Egypt - terror which directly threatens Israel.As of today for the defense establishment, the Iran on Israel's borders is more dangerous than the Iran that is preparing a nuclear infrastructure for itself.