Transport Minister Yisrael Katz plays down the dispute with Jordan, one of two Arab states with full ties with Israel. 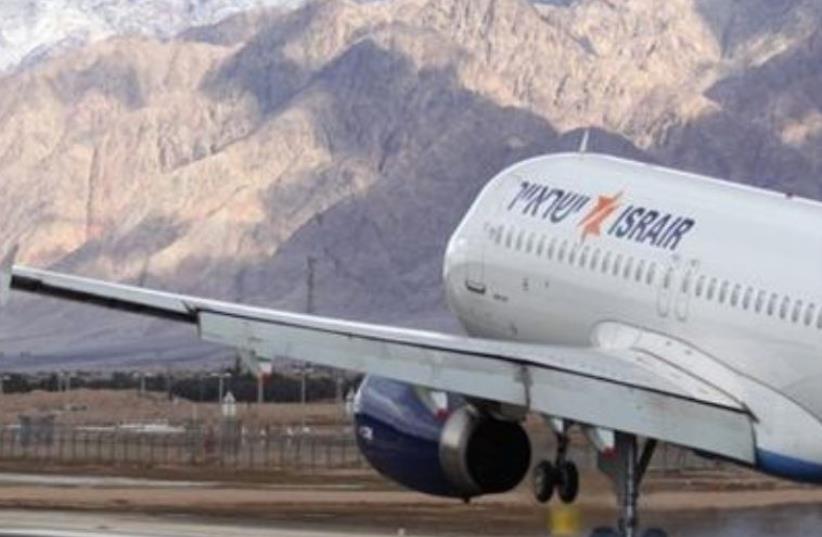 Eilat Airport
(photo credit: ISRAEL AIRPORTS AUTHORITY)
Advertisement
A new airport planned by Israel near its border with Jordan is clouding the usually businesslike relationship the two neighbors have built since making peace in 1994.Due to open next April, Ilan & Asaf Ramon Airport at Timna, in Israel's desert south, will be 10 km (6 miles) from Jordan's King Hussein International Airport. They will serve Eilat and Aqaba, the adjacent Israeli and Jordanian resort cities on the Red Sea.Citing worry the proximity could spell dangerous disruptions to its air corridors, Amman last year complained to the UN International Civil Aviation Organization (ICAO).Israel said Ramon would abide by ICAO regulations and pose no safety risk. The ICAO later said Israel and Jordan were addressing the matter directly "as one would expect from two countries with a peace treaty and a wide scope of cooperation in many fields."Israeli Transport Minister Yisrael Katz played down the dispute with Jordan, one of two Arab states with full ties with Israel."There is no confrontation," he told Reuters in an interview. "There have been discussions (and) it was agreed that we will hold a professional-level meeting. The (Ramon) airport will open, and there will be coordination of air traffic."Jordan sounds less upbeat, however."We do not want to stand in the way of Israeli projects, but we have our concerns regarding our own airport, and there is also the matter of keeping the spirit of our peace agreement," said a Jordanian official who declined to be identified.The official was referring to a proposal, discussed in conjunction with the treaty, of building a joint Israeli-Jordanian airport.Katz said such a facility was an "option" that had gone unexercised. Opened in 1972, King Hussein underwent expansions after the 1994 peace accord to meet what the airport's website said was the rising demand of air traffic. Katz said Israel was therefore free to open Ramon on its side of the border.TOURISMJordan's concern, he suggested, was over the prospective loss of tourists to Israel. Ramon will have a 3.6-km (2.2-mile) runway able to accommodate the largest airliners while King Hussein's runway length is a more limiting 3.1 km (1.9 miles).King Hussein currently handles around four to six takeoffs and landings a day. Israel is planning for 10 times that capacity at Ramon."The thing is, this (Ramon) is a big international airport, representing a mass of tourists, which is seen as possibly competing with them in tourism and such things," Katz said."We will propose to them that large planes that can't land there (King Hussein) will land here. I have no problem with people going to Aqaba from there (Ramon). They can cross at Arava crossing," he said, referring to an overland border terminal north of Eilat, a 15-km (9-mile) drive from Ramon.Peace with Israel was never popular among ordinary Jordanians, many of whom are Palestinian, and Amman officials sometimes lament what they see as the sluggish dividends from economic cooperation with their richer neighbor.One Jordanian official based in the Aqaba area accused Israel of building Ramon airport to "market Petra" - the nearby archaeological wonder in Jordan - for excursions by tourists who would spend the bulk of their vacation in Eilat."We are protecting our national tourism industry from any invasion and from selling it illegally," said the official, who also requested anonymity."Now we have imposed on those coming from the (Arava) crossing to either pay sixty dinars ($85) for a one-day (visa) or spend two nights in the kingdom," with the fee refunded, the official said.Eilat is currently served by a small municipal airport whose planned demolition will free up real estate within view of the beach.Named after an Israeli astronaut lost in the 2003 space shuttle disaster and his eldest son, who died in a 2009 air force accident, Ramon is envisaged as an emergency alternative to Ben Gurion Airport near Tel Aviv, Israel's main international gateway. Ben Gurion was briefed shunned by most foreign carriers due to incoming Palestinian rockets during the 2014 Gaza war.