From petrol to pesco: ISIS turns to 'non-traditional' terror funding 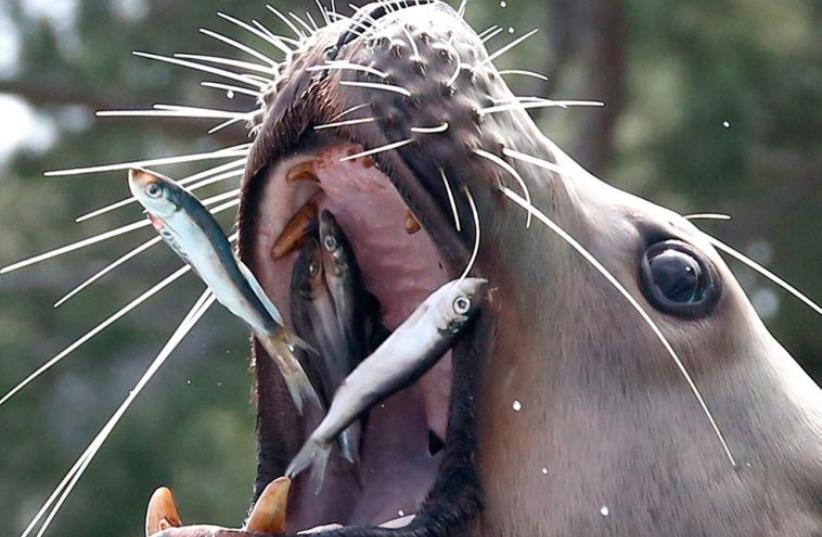 A sea lion eats fish
(photo credit: REUTERS)
Advertisement
Islamic State earns millions of dollars a month running car dealerships and fish farms in Iraq, making up for lower oil income after its battlefield losses, Iraqi judicial authorities said on Thursday.Security experts once estimated the ultra-radical Islamist group's annual income at $2.9 billion, much of it coming from oil and gas installations in Iraq and Syria. The US-led coalition has targeted Islamic State's financial infrastructure, using air strikes to reduce its ability to extract, refine and transport oil and so forcing fighters to reportedly take significant pay cuts.Yet the militants, who seized a third of Iraq's territory and declared a caliphate in 2014, seem to be adapting again to this latest set of constraints, in some cases reviving previous profit-turning ventures like farming."The terrorists' current financing mechanism has changed from what it was before the announcement of the caliphate nearly two years ago," a report by Iraq's central court of investigation said, quoting Judge Jabbar Abid al-Huchaimi."After the armed forces took control of several oil fields Daesh was using to finance its operations, the organization devised non-traditional ways of paying its fighters and financing its activities," the report added, using an Arabic acronym for Islamic State.Fishing in hundreds of lakes north of Baghdad generates millions of dollars a month, according to the report. Some owners fleeing the area abandoned their farms while others agreed to cooperate with Islamic State to avoid being attacked."Daesh treats its northern Baghdad province as a financial center; it is its primary source of financing in the capital in particular," Huchaimi said. Islamic State carries out frequent bombings in Baghdad against security forces and Shi'ite residents. Fish farms have supplied militants with income since 2007 when Islamic State's al-Qaida predecessor fought US occupation forces but the mechanism only came to the authorities' attention this year, the report said.The militants also tax agricultural land and impose a 10 percent levy on poultry and other duties on a range of imports into their territory, it added."Recently there has been reliance on agricultural lands in areas outside the control of the (Iraqi) security forces through taxes imposed on farmers."New revenues are also being generated from car dealerships and factories once run by the Iraqi government in areas seized by the militants.Those have helped offset the losses from lower oil income, though perhaps only partially. The US-based analysis firm IHS said last week that Islamic State revenues had fallen by around a third since last summer to around $56 million a month. "In the recent period, Daesh has gone back to using government factories in the areas it controls - like Mosul - for financial returns," Huchaimi said, but added that oil smuggling from Syrian refineries remains the group's primary source of international financing.The Iraqi report, based in part on the confessions of captured Islamic State suspects, described how funds were funneled to Bayt al-Mal, the group's finance ministry, in the northern city of Mosul and then distributed to its provinces."The organization distributes money to areas outside its control through hawala (transfer) offices first in Erbil and from there to Iraq's other provinces," Huchaimi said.The report said that in addition to salaries, Islamic State fighters may receive rent allowances, financial rewards for up to four children and occasional bonuses like one worth $1,000 distributed after the militants captured Mosul in 2014.