Last month Zaghari-Ratcliffe and her husband ended a two-week hunger strike designed to push for her release and raise the profile of her case. 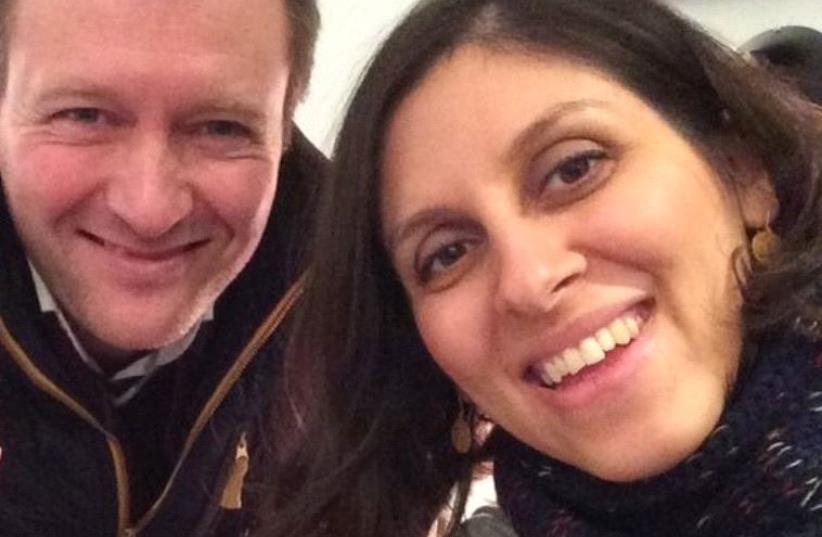 Nazanin Zaghari-Ratcliffe (R)
(photo credit: FREE NAZANIN RATCLIFFE CHANGE.ORG PETITION)
Advertisement
Jailed British-Iranian aid worker Nazanin Zaghari-Ratcliffe has been transferred from prison to a hospital psychiatric ward, the campaign group seeking to free her said on Wednesday.
Zaghari-Ratcliffe, a project manager with the Thomson Reuters Foundation, was moved from Tehran's Evin prison to the psychiatric ward of Imam Khomeini hospital in the capital, the Free Nazanin Campaign, which is led by Zaghari-Ratcliffe’s husband Richard Ratcliffe, said in a statement.
She was arrested in April 2016 at a Tehran airport as she headed back to Britain with her daughter after a family visit and was sentenced to five years in jail after being convicted of plotting to overthrow Iran's clerical establishment.
Her family and the Foundation, a charity organization that operates independently of Thomson Reuters and Reuters News, deny the charge.
Last month Zaghari-Ratcliffe and her husband ended a two-week hunger strike designed to push for her release and raise the profile of her case.
The Free Nazanin Campaign said Zaghari-Ratcliffe's father visited the hospital on Tuesday, and confirmed that she is being held there under the control of Iran's Revolutionary Guard.
It said he was denied access to see her despite waiting for several hours.
"This is unusual. She has now been kept isolated from family or legal contact under IRGC (Islamic Revolutionary Guard Corps)control for over 36 hours," the campaign group said.
It said her father was unable to establish what treatment she is receiving or the IRGC’s agenda, and added it was not known how long she will be held in the hospital.
Last month Iran's foreign ministry spokesman said Zaghari-Ratcliffe will serve out her full sentence, dismissing a call for her release by a British minister visiting Tehran.