Killing continues, but humanitarian aid gets through. 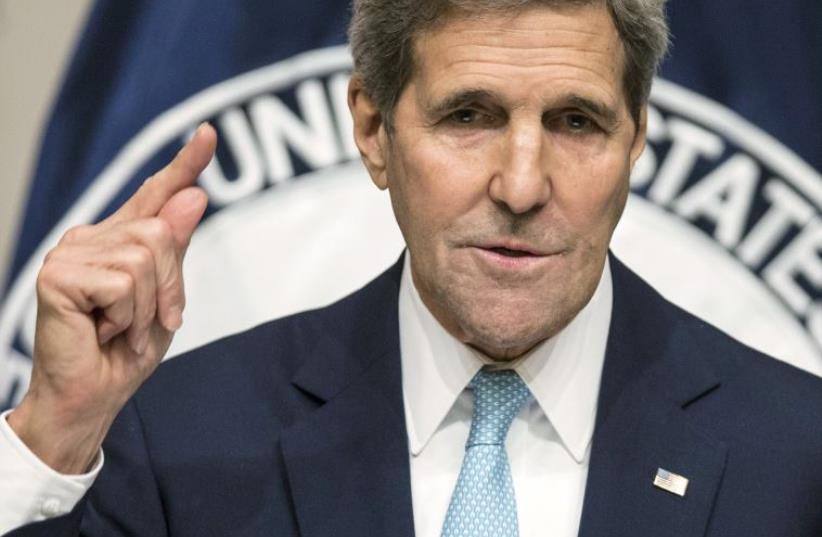 US Secretary of State John Kerry.
(photo credit: REUTERS)
Advertisement
WASHINGTON – In Munich last Thursday, US Secretary of State John Kerry announced an “ambitious” goal of securing a cessation of hostilities in Syria’s civil war “in one week’s time.”One week later, the belligerents have met only once to begin ironing out what such a cease-fire would look like, how it could be enforced, and who, precisely, would have to cease firing at whom.But on a humanitarian front, the UN on Wednesday praised the Assad regime’s willingness to finally allow humanitarian aid to besieged areas – another goal of the Munich talks.While Russia, which began an aggressive military intervention last year on behalf of embattled Syrian President Bashar Assad, tentatively agreed to the cease-fire in principle, the joint US-Russia announcement offered no details as to which groups fighting Assad count as terrorist organizations, and are thus fair game for targeting during the proposed pause in the fighting.The regime in Damascus, and its allies in Moscow and Tehran, classify all enemies of Assad as terrorists of the state.In that same Thursday press conference, Russia’s foreign minister, Sergei Lavrov, said that Moscow’s air force would continue targeting terrorists. Both sides agree that, at a minimum, al-Qaida affiliate Jabhat al-Nusra and Islamic State are terrorist groups.Battles for northern Syria have only been further complicated since the announcement last week, as Kurdish fighters and Assad battalions pushed further into territory held by rebel groups backed by Turkey, Saudi Arabia and the United States.Washington has warned Kurdish fighters – whom they support for their efforts on the ground against Islamic State gunmen – not to take advantage of the deteriorating situation among Syria’s rebel groups. Ankara has long supported those groups, and considers the Syrian Kurds a threat to Turkish national security. Ankara thus began a shelling campaign this week to thwart their advance, which threatens to cut off the only remaining Syrian-Turkish border crossing controlled by rebel fighters.And Saudi Arabia renewed its warning that it is prepared to send ground troops into Syria, alongside coalition partners, to fight Islamic State in eastern Syria.They would join a race toward Raqqa province with Iran-backed Assad fighters, who began pushing toward that same region this week.Negotiations toward a cessation of hostilities – shy of the legal prerogatives and requirements of a formal cease-fire – will be dictated by facts on the ground.And those facts are changing on a daily basis, as world and regional powers continue to make consequential decisions on the extent of their involvement in the war.On Wednesday, trucks carrying humanitarian aid entered a besieged Damascus suburb, delivering help to tens of thousands of trapped residents in several of Syria’s worst-hit areas.Reuters contributed to this report.