'Muslims are the front line warriors in the battle against radical Islam,' says Pakistani activist

Raheel Raza met with MKs, political activists, NGOs, and the media during her stay in Israel.

By ARIEL BEN SOLOMON
JANUARY 18, 2016 05:21
By The Numbers - The Untold Story of Muslim Opinions & Demographics
Advertisement
A Pakistani-born Muslim woman activist told The Jerusalem Post on Sunday while on a trip to Israel that Western leaders that are not willing to identify radical Islam as the root of the extremism raging across the globe are part of the problem.“North American leaders are very politically correct. They don’t want to say Islam and extremists in the same sentence,” said Raheel Raza, the president of Muslims Facing Tomorrow, a reformist organization that opposes radical Islam.If non-Muslims say such things they are called bigots, but not if I say it, she said, noting that she has been warning about radicals within Islam since before 9/11. 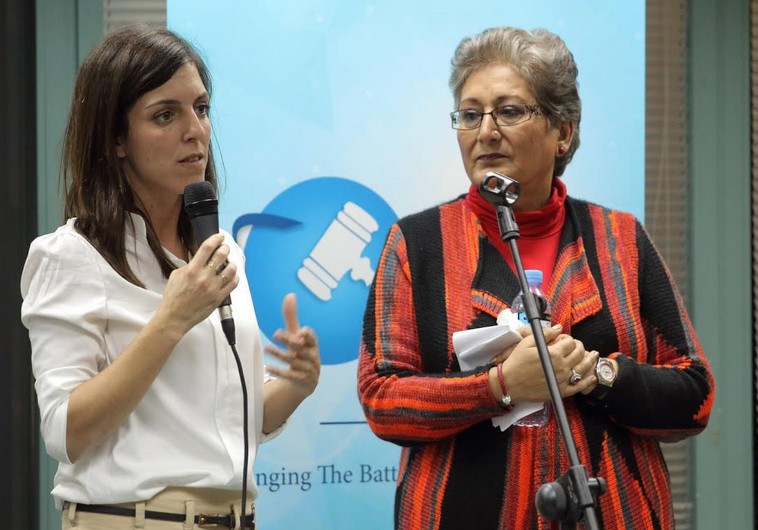 Raheel Raza (R) and Yifa Segal in Israel (Credit: Hilel Meir)Raza was here to promote a short film by the Clarion Project she narrated, By The Numbers: The Untold Story of Muslim Opinions and Demographics.She spoke at an event hosted last week by The International Legal Forum, founded to advance human rights.Yifa Segal, lawyer and director of the nongovernmental organization, told the Post that “our partners in Canada, which are part of our 1,300 lawyer members worldwide, made the introduction.”“The ILF saw the collaboration with Raza as extremely valuable since Israel is on the front line of dealing with radical Islam.”Islamists are fueling the Boycott, Divestment and Sanctions movement with financial backing and “moral” justifications, Segal asserted, adding that her NGO plans on arranging for Raza to meet with parliaments across the world.Raza met with MKs, political activists, NGOs and the media during her stay.She moved to Canada in the late 1980s and is the author of the book, Their Jihad... Not My Jihad! A Muslim Canadian Woman Speaks Out. She is an activist seeking to root out Islamists and the oppression of women that follows.Asked about Islamic fundamentalism in Canada, she responded that “extremism has only increased, many hundreds of people are going to fight with the jihadists and Islamic State,” yet North American leaders do not want to correlate what is happening with its origins within the Muslim world.“I want to connect the dots because it is important to pinpoint the problem,” she said.She added that just as with a medical disease, it is first necessary to define the problem and only afterward can a solution be found. But many Western leaders refuse to do so, she continued, saying that former Canadian prime minister Stephen Harper, was an exception – he clearly stated that radical Islam was the root of the problem.Raza explained that she and her husband left Pakistan in the late 1970s because the fundamentalist Wahhabi Saudi strain of Islam was spreading.They first traveled to Dubai in the United Arab Emirates and later to Canada.She is Sunni and her husband is Shi’a.“That makes my children sushi,” she quipped. “There was something dangerous in our faith – it became politicized and subsumed by extremism.”She praised Canada’s democracy and freedom of religion, but said that they began to see the same extremism they witnessed in Pakistan arrive in the country’s mosques.“People are asleep – not realizing what is happening,” adding that before 9/11 she was called a fear monger and largely ignored.She said that she created the organization, Muslims Facing Tomorrow, five years ago to reclaim Islam from extremists and to promote real moderate, or reformed Islam.Raza is on her seventh visit to Israel, and she speaks fondly of the country.She had spoken four times at the Israeli Presidential Conference – Facing Tomorrow, hosted by former president Shimon Peres. In fact, she got permission by the conference to use the same name for her organization but added “Muslims” to it.“Israel is the only democracy in this area. I wouldn’t be here for the seventh time if I didn’t love the country and its people,” she said, noting that it is one of the only communities “that gets it,” attributing it to the fact it has been constantly fighting against Islamic extremists.“The word ‘moderate’ is tainted,” she asserted, saying that some call Muslim Brotherhood type organizations and even al-Qaida moderates.“Reformminded Muslims are the solution – anything that is non-violent.”Questioned about the solution to radical Islam, she replied that it is to expose the problem and educate Muslims about the difference between Islamism and Islam.Asked about US President Barack Obama’s effort to avoid saying radical Islam, she called it “naïve – hiding the problem.”“I speak about radical Islam,” which is a “reality everyone knows is happening.”“I as a Muslim should stand up. Muslims are the front-line warriors in the battle against radical Islam and we are speaking out,” she said.If we don’t act now, the problem will grow and “we can’t wait for Western leaders.”However, she continued, the rest of world needs to understand the most important thing is the battle cannot be fought alone to eradicate the Islamist ideology.Raza points out that her organization is about the battle of ideas and is part of panel discussions throughout the world. In Canada, nine to 10 Muslim organizations cooperate and have hosted a seminar on anti-Semitism.“We don’t want what is happening in Europe to come here,” she said, referring to Canada, adding that she works with Jews, Christians and others to promote this coexistence goal.Questioned about governments that make common cause with Islamists, essentially giving them a platform from which to promote their ideology, she said that her organization is also involved in a campaign “to name them and shame them.”“When we find Islamists working with the government we expose them.”