The decision follows a landmark deal between six world powers and Tehran in July, under which Iran agreed to long-term curbs on its suspected nuclear program. 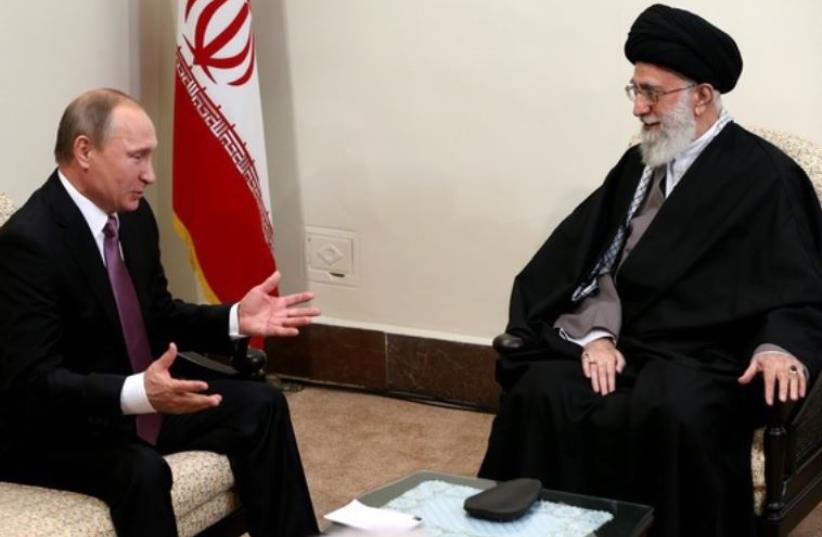 Russian President Vladimir Putin meets with Iranian Supreme Leader Ayatollah Ali Khamenei in Tehran‏
(photo credit: IRANIAN MEDIA)
Advertisement
On the same day that Russian President Vladimir Putin made his first visit to Iran in eight years, Iran’s ambassador to Russia said Monday that Moscow had started supplying Tehran with the advanced S-300 anti-missile rocket system.Russia and Iran signed a contract for Moscow to provide Tehran with S-300 surface-toair missile systems on November 9.“Iran and Russia signed a new contract, and the procedure of delivery of S-300 has started,” Iran’s Ambassador to Russia Mehdi Sanaei was quoted as saying by Iran’s Tasnim news agency.Both Israel and the US have vehemently opposed the sale for years, and Prime Minister Benjamin Netanyahu has spoken about the matter with Putin. Jerusalem’s response to the Iranian claim that the transfer of the missiles had begun was decidedly understated.“We have a problem whenever significant defense technology is passed on to the Iranian regime,” one government official said. “We have made that known to the relevant parties.”Russia’s envoy to Israel, Alexander Shein, said in an interview earlier this month with The Jerusalem Post that Russia “never annulled this contract, and as an act of goodwill only suspended it for the period of international sanctions on Iran. I assume that the contract will be implemented after the initial lifting of the sanctions early in 2016.”Putin, meanwhile, issued a decree on Monday easing an export ban on nuclear equipment and technology to Iran. The Kremlin decree issued the day Putin arrived in Iran said that Russian firms were now authorized to export hardware to them, as well as to provide financial and technical advice to help Iran with three specific tasks. The tasks were listed as helping Iran modify two cascades at its Fordow uranium enrichment plant, supporting Iranian efforts to export enriched uranium in exchange for raw uranium supplies, and helping Iran modernize its Arak heavy water reactor.The decision follows the July deal between six world powers and Tehran on its nuclear program.Putin, attending a summit of gas exporting countries, also met Iranian Supreme Leader Ayatollah Ali Khamenei. Citing a Kremlin spokesman, the Interfax news agency said the two men agreed that global powers should not impose their political will on Syria.