What's next for Qatar after sudden diplomatic isolation by leading Arab nations? 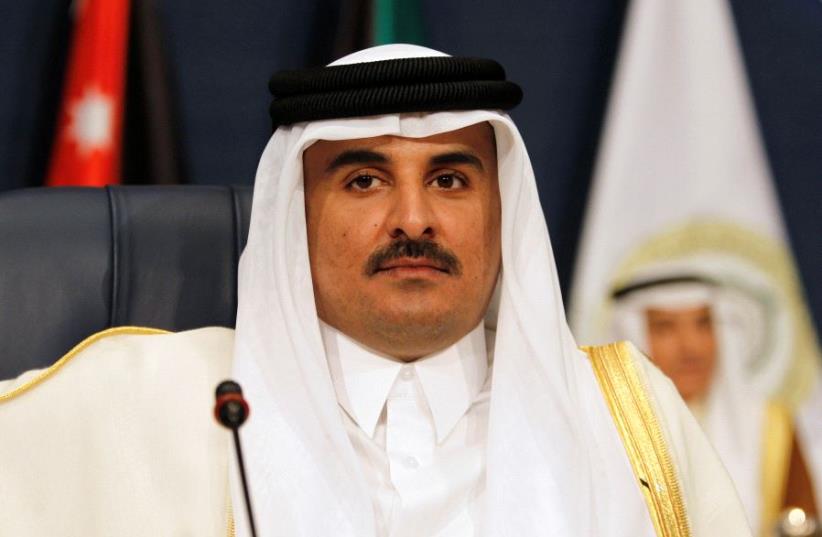 Emir of Qatar Sheikh Tamim bin Hamad al-Thani attends the 25th Arab Summit in Kuwait City
(photo credit: REUTERS)
Advertisement
DOHA/DUBAI - Qatar's ruler postponed an address to his country on Tuesday over its sudden and damaging diplomatic isolation from other leading Arab nations, in order to allow Kuwait some time and room to mediate.In a sign of the potential consequences for the Qatari economy, a number of banks in the region began stepping back from business dealings with Qatar.Qatar's foreign minister, Sheikh Mohammed bin Abdulrahman al-Thani, said Doha was ready for mediation efforts after Saudi Arabia, Egypt, the United Arab Emirates and Bahrain severed diplomatic relations in a coordinated move.They said the break was prompted by Qatari support for Islamist militants and Iran, something Doha vehemently denies.
Gulf nations cut ties with Qatar (credit: REUTERS)
Yemen, Libya's eastern-based government and the Maldives joined later and transport links were shut down.Qatar's ruler Sheikh Tamim bin Hamad Al-Thani spoke by telephone overnight with his counterpart in Kuwait, which has maintained ties with Qatar, and decided to postpone the speech, the minister told Qatar-based Al Jazeera television.Doha has also decided not to retaliate against its neighbors' moves, he said.In one sign of the impact of the measures, some Saudi Arabian and United Arab Emirates commercial banks were holding off on doing business with Qatari banks, such as letters of credit, because of the diplomatic rift, banking sources told Reuters on Tuesday.Qatar's stock market rebounded in early trade on Tuesday after plunging the previous day but the Qatari riyal fell against the US dollar.Qatar wants to give Kuwait's Sheikh Sabah Al-Ahmad Al-Jaber al-Sabah the ability to "proceed and communicate with the parties to the crisis and to try to contain the issue," Sheikh Mohammed said.Kuwait's emir had an important role in a previous Gulf rift in 2014 and Qatar's Sheikh Tamim "regards him as a parent and respects his desire to postpone any speech or step until there is a clearer picture of the crisis," Al Jazeera quoted the foreign minister as saying.Sheik Mohammed told the channel that the measures taken against Qatar affected its citizens and family ties in the Gulf Arab region, but said Doha would not take counter measures.He said Qatar "believes such differences between sister countries must be resolved through dialog" and proposed holding a session to exchange views and narrow differences, while respecting each other's views, without giving details.Kuwait's emir, who has spent decades as a diplomat and mediator in regional disputes, hosted Sheikh Tamim last week as the crisis was brewing.Monday's decision forbids Saudi, UAE and Bahraini citizens from traveling to Qatar, residing in it or passing through it. Residents and visitors of those countries must leave Qatar within 14 days. Qatari citizens also have 14 days to leave those countries.The measures are more severe than during a previous eight-month rift in 2014, when Saudi Arabia, Bahrain and the UAE withdrew their ambassadors from Doha, again alleging Qatari support for militant groups.