Saudi FM pledges to abide by Egypt’s agreements with Israel over islands. 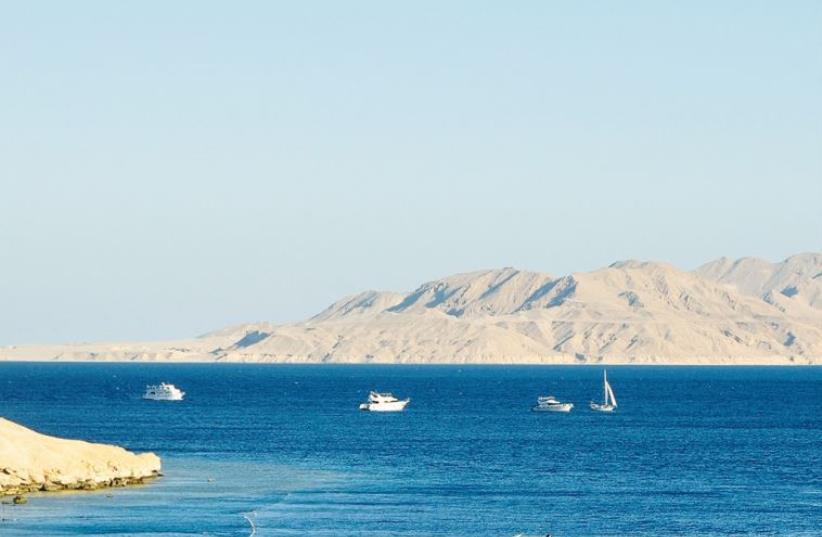 THE EGYPTIAN PARLIAMENT still needs to approve the handover of the Tiran and Sanafir Islands.
(photo credit: Wikimedia Commons)
Advertisement
Egypt apprised Israel in advance of its plans to cede two strategic islands at the mouth of the Gulf of Aqaba to Saudi Arabia, Egypt’s Al-Ahram newspaper reported on Monday.Prime Minister Benjamin Netanyahu brought those plans to the security cabinet for a discussion last month.According to Ahram Online, the website of the Egyptian daily, Egypt’s cabinet announced in a statement on Saturday that a joint Egyptian-Saudi technical maritime border team determined that the islands of Tiran and Sanafir in the strategic Straits of Tiran fall within Saudi maritime waters.The decision to hand the islands over to Saudi Arabia came during an historic visit to Egypt by Saudi King Salman, in which about a dozen agreements were signed involving more than $20 billion of aid and investment from Saudi Arabia in Egypt.The small islands are located in the narrow sea passages between the Sinai and Arabian peninsulas. The Straits of Tiran derive their name from the Tiran Island. Egypt’s closure of the Straits of Tiran on May 21, 1967, triggered the Six Day War.The Egyptian parliament still needs to approve the move, which has unleashed a flood of criticism inside Egypt.The Egyptian government said that the decision to cede the islands within Saudi waters is the culmination of six years of negotiations.Al-Ahram reported that the islands fall within what, according to the 1979 Egypt-Israel peace treaty, is Zone C, where Egyptian military presence is prohibited. The islands have been patrolled since the accords by the Multinational Force and Observers which oversees the terms of the peace treaty.According to Ahram Online, even though Saudi Arabia and Israel have not established diplomatic relations, Saudi Deputy Crown Prince Muhammad bin Salman wrote a letter to Egyptian Prime Minister Sherif Ismail stating that the two islands will still be manned by international forces while under Saudi supervision.Al-Ahram also reported that Saudi Arabia’s Foreign Minister Adel al-Jubeir said that there would be “no direct relationship” between his country and Israel following Egypt’s handing over the two islands.According to the website, he stressed that Saudi Arabia is committed to international treaties involving the two islands. “There are agreements and commitments that Egypt has agreed to regarding these islands, and Saudi Arabia is abiding by these commitments without having a relationship or communication with Israel,” Jubeir was quoted as saying.