Emily Landau, head of the Arms Control Program at the INSS: Fact that Iran can research, develop advanced centrifuges is a major source of concern. 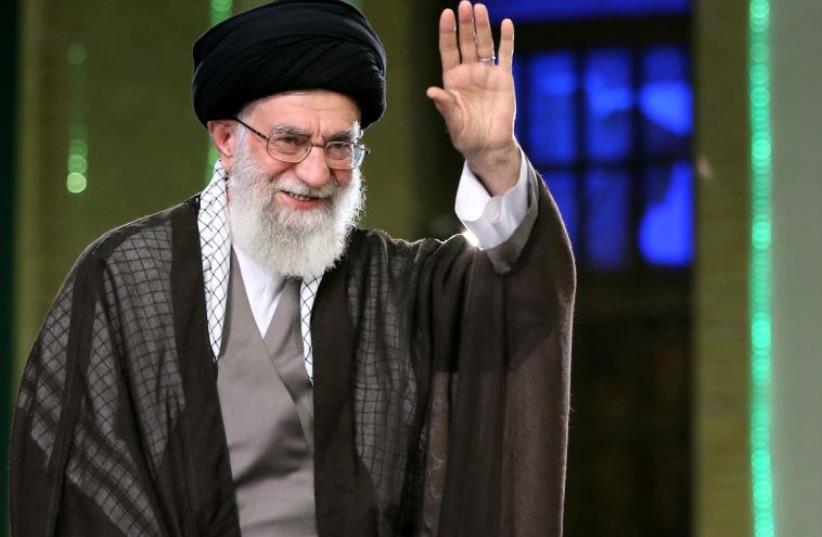 Iran's supreme leader Ayatollah Ali Khamenei
(photo credit: KHAMENEI.IR / AFP)
Advertisement
A recent report on the Iran nuclear deal sheds light on a highly problematic aspect of the agreement, namely, that the Islamic Republic has been authorized to upgrade its uranium enrichment abilities, a senior Israeli arms expert warned on Tuesday.Emily Landau, head of the Arms Control and Regional Security Program at the Tel Aviv-based Institute for National Security Studies, told The Jerusalem Post that a report by the Associated Press underlined "a big concern - that Iran is allowed to work on research and development of a full range of advanced centrifuge models." According to the report, published by the AP on Monday, a confidential add-on agreement linked to the Joint Comprehensive Plan of Action [JCPOA, or the Iran nuclear deal], spells out Iranian plans to develop and install a range of new enrichment machines after the first ten years of the agreement pass.In 2027, according to the report, Iran will start replacing its older centrifuges with thousands - between 2500 and 3000 - of advanced, faster centrifuges, allowing it to enrich uranium at twice the current speed.That would reduce Iran's breakout time from a year to six months, even though Iran will still be limited to possessing 300 kilograms of low enriched uranium for the first 15 years of the JCPOA, the report said.After the 15-year-mark, that limitation too will be lifted.Landau said even before the report's publication, it was clear that Iran could work on developing and installing advanced centrifuges, including the IR-8 machine, which is the most advanced type that the Iranians are working on. IR-8 systems enrich uranium many times faster than the first-generation centrifuges in Iran's possession."The fact that the Iranians are allowed to work on research and development is something I found to be a major source of concern. This did not get up played in the debate over the deal, but the implications of this are very serious," Landau said."After testing, they can install these centrifuges once ten years pass," she added. The AP report has filled in a blank on how many new centrifuges can be installed by Iran.She added, "The difference between Iran saying that it plans to develop new centrifuges, and the revelation of a document that says the P5+1 countries agreed to so many centrifuges being installed, is substantial.""The very fact that the JCPOA enables this, on a whole range of centrifuges, is problematic. It just proves that Iran's enrichment program has been totally legitimized by this deal." Landau noted that no senior members of the Obama administration have challenged the veracity of the report, or the existence of the secret document, seeking instead to promote their own interpretation of it.