The Republican leadership says the PLO office serves no purpose, since its leaders in Ramallah have failed to condemn the recent wave of violence against Israeli civilians as acts of terrorism. 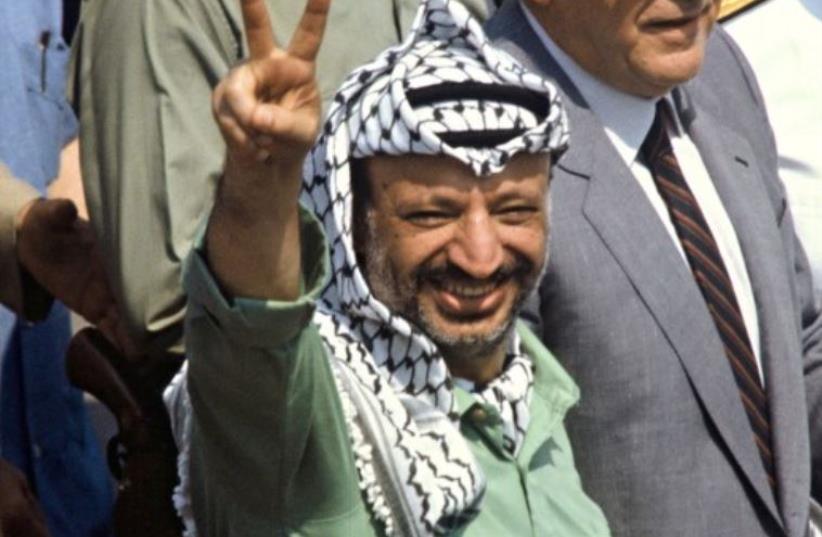 Yasser Arafat, the late leader of the Palestine Liberation Organization
(photo credit: AFP PHOTO)
Advertisement
WASHINGTON – The US State Department is pushing back against Republican calls for the government to shutter the Palestine Liberation Organization’s offices in Washington.Republican leadership says the PLO office serves no purpose, since its leaders in Ramallah have failed to condemn the recent wave of violence against Israeli civilians as acts of terrorism.But the State Department says a Palestinian presence in Washington is essential to keep lines of communication open and to maintain a direct relationship with the organization.GOP lawmakers, led by Republican presidential contender Senator Ted Cruz of Texas, wrote in a letter to US Secretary of State John Kerry this week that the US “has an obligation to publicly denounce the PLO’s actions and should immediately revoke its waiver.”“The spike in violence in Israel is directly connected to the Palestinian government’s teaching of hate and glorification of terrorism,” the letter reads, noting House and Senate resolutions passed this fall condemning the PA for inciting violence. “Allowing the PLO to maintain an office in Washington, DC provides no benefit to the United States or the peace process.”But the letter also points out that, since 1994, presidents of both Democratic and Republican stripes have allowed the PLO office to remain open. The Washington office, just north of Georgetown, does not hold embassy status, as the US government does not recognize the state of Palestine as a sovereign entity.“We believe closing the PLO office would be detrimental to our ongoing efforts to calm current tensions between Israelis and Palestinians, advance a two-state solution, and strengthen the US-Palestinian partnership,” Elizabeth Trudeau, a State Department spokesperson, said on Tuesday.“We believe the PLO is an important partner, and, as the official representative body of the Palestinian people before the international community, the PLO has a role to play in our efforts to advance a twostate solution.”“Every administration, either Republican or Democrat, has regularly exercised available waiver authorities since 1994 allowing the PLO office to remain open,” she noted.Trudeau said the administration remains “deeply concerned” about ongoing violence in Israel and the Palestinian territories. “We completely reject the notion that there is any justification for violence against innocent civilians,” she said. “We continue to stress the importance to Palestinian leadership of strongly opposing violence in all forms.”