‘Syrian civilians must be treated as human beings’ 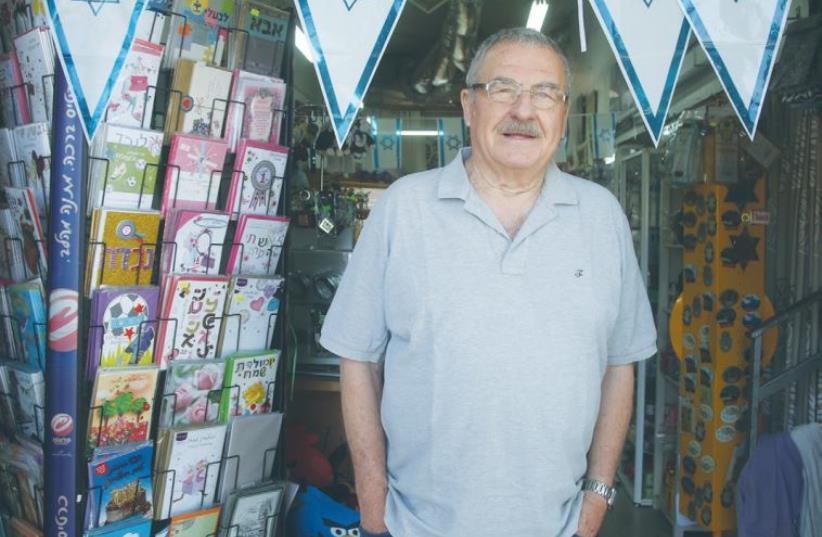 SHMUEL SHERF stands in the entrance to his family-owned toy store in Katzrin.
(photo credit: MARC ISRAEL SELLEM)
Advertisement
Israel has provided medical care and assistance to some 2,000 wounded and sick Syrians since 2013, and as atrocities and warfare continue to rage on the other side of the northeastern border, the flow of the suffering from Syria shows no sign of letting up.In southern Syria, Hezbollah- led Shi’ite units battle Sunni rebel organizations, ISIS-affiliated groups fight al-Qaida jihadists, and the Assad regime battles to keep the little area it has left on the Golan. In the middle of the carnage, Syrian civilians – those who have not been able to flee to Lebanon or Jordan – continue to bear the brunt of the war.Under the cover of darkness, IDF Medical Corps teams in ambulances often evacuate wounded Syrian civilians.Meanwhile, the IDF supplies Syrian border villages with clothing, blankets and fuel all year round.The IDF also has plans to intervene if a massacre is about to unfold near the border.Not far from the scenes of this unending conflict, the pastoral town of Katzrin in the Israeli Golan maintains its slow-paced routine. Surrounded by hilly, dry fields, wineries and military bases, residents can sometimes hear the thud of mortars and heavy gunfire from Syria, the distant thunder of war that trickles in from the hell next door.Shmuel Sherf is the owner of a family-run toy store in Katzrin. He is also a Holocaust survivor, and he told The Jerusalem Post that he backs Israel’s ongoing medical evacuation and treatment program for the Syrians.“It is clear that every person has to be treated as a human being. The fact that the army evacuates the wounded to our hospitals and provides them with the required medical treatment is a good thing,” said Sherf, whose family has been in Katzrin for 39 years.“This is evidence of who we are,” he added. “We are a nation that suffered so much in the Holocaust. I am a Holocaust survivor. There was no one to stop the massacres then. It is clear to me that yes, we must help.”During the Second World War, Sherf was a boy in Transnistria, which today is on the eastern Moldovan border with Ukraine. He served on a voluntary basis in the IDF reserves for years.“I am a person who trusts the IDF and its sacred values. This is a military that knows how to behave humanely. I believe in it,” he said. “We need a powerful military or a powerful state, and we should be a nation that believes in itself.”As he spoke, IDF tanks on trailers and armored personnel carriers rumbled by on Golan roads, where heavy military traffic is a common feature of life, woven into the slopes and crisp air.Sherf said he was not concerned by the possibility of the Syrian war spilling over the border, adding he believed that the combatants in Syria remained deterred by Israel’s power.“There could be hot heads who might try something,” he said. “If that happens, we’ll know how to deal with it.”