How did the Middle East's media react to Trump's Israel visit? 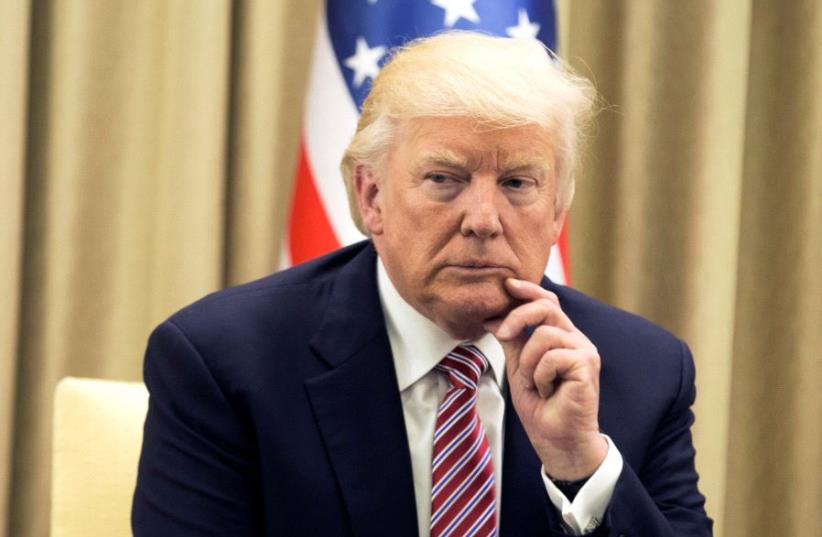 US President Donald Trump in Jerusalem, May 22, 2017
(photo credit: REUTERS)
Advertisement
The Daily Star in Lebanon was nonplussed with US President Donald Trump’s visit to Israel.He “is hardly inventing the wheel,” their editorial said. Hussain Abdul Hussain at Anadolu news in Turkey imagined Jared Kushner’s influence behind the visit, saying, “Like Trump, who presumably reads nothing and knows very little about history, [Jared] Kushner seems to be unaware of the past that dominated the dynamics of Arab-Israeli peace.” Across the region, commentators are picking apart America’s new footprint in the region, and many seem to be taking a wait-and-see attitude.Turki Aldakhil at Al-Arabiya argued that the visit “will redraw the future road map of the region and divide its history into the era before and after the visit,” and that the trip has returned the US to its “normal position” in securing the Gulf.Turkey’s Hurriyet said Trump’s meeting with Palestinian Authority President Mahmoud Abbas “offered no specifics on how he plans to make progress in resolving a conflict that has bedeviled his predecessors, and with widespread skepticism over whether meaningful talks are possible now.” Burak Kuntay at Hurriyet said that Trump’s policy in some ways mirrors former US president Barack Obama’s, except that Trump has promised to put more pressure on Iran. “This is the most important and distinct approach,” he added, and it could lead to a whole new era.The region is preparing for Ramadan. Trump must compete for space with the local news, the Manchester bombing and a police raid in Bahrain. The Egypt Independent reported on Melania Trump’s hope for empowerment of women. Al-Masry Al-Youm translated foreign articles from English to Arabic that support Trump’s refashioning of US policy, but local commentators seemed worried about speaking out regarding the visit, concerned with confronting their own governments’ policies or appearing pro-Israel by embracing Trump too much.Media in the Kurdistan Regional Government of northern Iraq was also noticeably disinterested in Trump’s visit to Israel and Saudi Arabia.After Trump slammed Tehran, PressTV in Iran ran a piece quoting Americans who wonder “Why is the Saudi monarchy our friend but not democratic Iran?” A second article quoted Iranian Foreign Minister Javad Zarif as arguing that Bahrain’s crackdown on Tuesday night was emboldened by Trump “cozying up to despots.” Mehdi Hassan, who is based in the US, also criticized Trump for speaking to a room full of “autocrats, dictators and despots.”Overall, the region’s response to Trump’s visit was not earth-shattering. Iran and its proxies criticized Trump for cozying up to dictators in the Sunni world, while some on the other side view the US president’s condemnation of Iran as the beginning of a new era.
Trump, Tillerson, Ross dance with swords in Saudi Arabia (credit: REUTERS)
There is modest support for his interest in Israeli-Palestinian peace, but also recognition that it isn’t likely. If the administration was hoping for applause, they didn’t get it from the media.Yet.