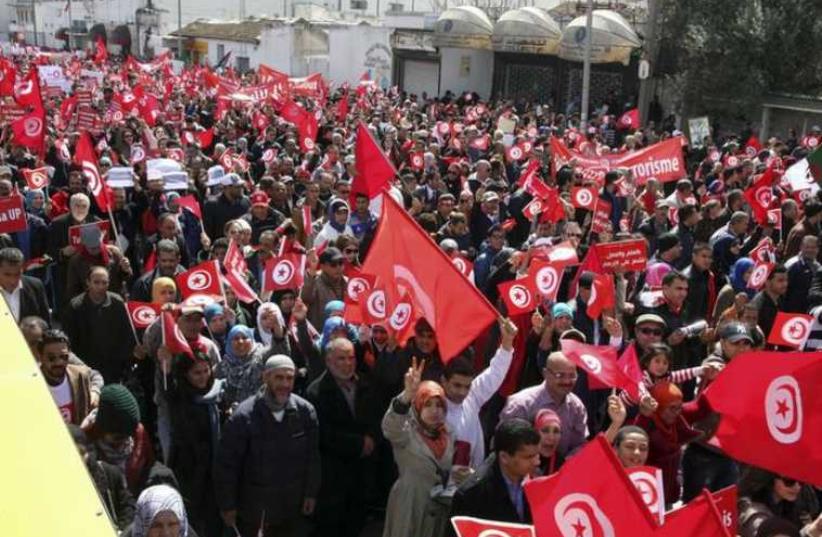 Tunisians wave their national flags.
(photo credit: REUTERS)
Advertisement
The Tunisian government rebuffed warnings issued by the Israeli government Saturday warning Israeli tourists and Jews of an imminent terror threat in the north-African Arab nation, Al Arabiya reported Sunday. An unnamed senior Tunisian government official said of the threats reported by Netanyahu, according to Al Arabiya, "We have nothing on that. There are no threats." Tunisian Jews, and other Jews visiting the nation traditionally celebrate the Hilula festival of Rabbi Shimon Bar Yochai on Lag Baomer, set to take place Thursday. The Counter-Terrorism Bureau issued a travel alert warning travelers to avoid the African country this time of year due to "updated information" on terror plots. The Tunisian government has been making efforts to reassure foreign travelers of their safety as of late, following the March terror attack on the Bardo National Museum that resulted in the death of 21 tourists.