Senior official talks about the growing rift between the two largest Muslim powers and places the Jewish state at the middle of it. 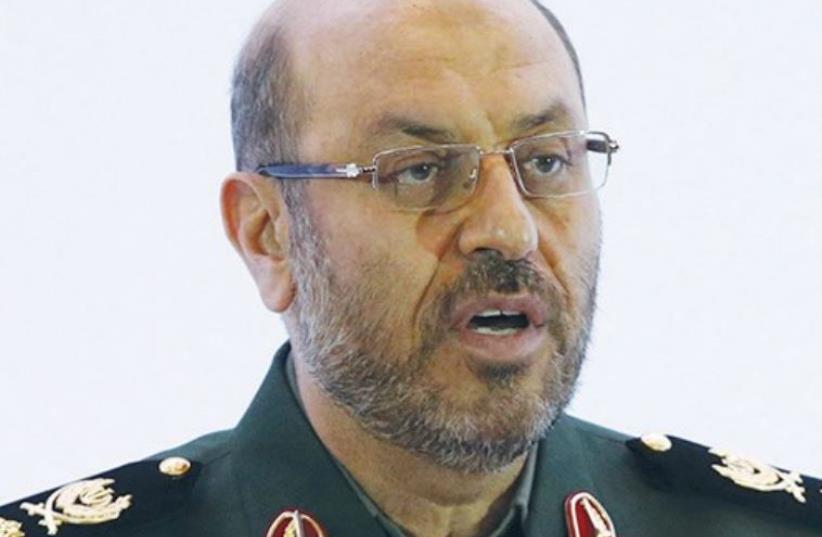 Hossein Dehghan.
(photo credit: REUTERS)
Advertisement
Iran's Defense Minister Hossein Dehghan accused Saudi Arabia of cozying up to Prime Minister Benjamin Netanyahu, a sign of how far the relationship between the two Muslim powers have fallen in recent years. Speaking in an interview aired Monday on Al-Manar TV, Dehghan asks the rulers in Riyadh "Do the interests of the Muslim nations lie in unity with either Israel or America? Will handing the region over to America bring security to the Muslims?"In the same interview, edited and translated by the Middle East Media Research Institute (MEMRI), the Iranian Defense Minister utters threats against Saudi Arabia, previously reserved for what they call the "Zionist Entity." When asked whether Saudi Arabia is capable of striking Iran, Dehghan said: "I do not understand how they would do this. They think that they have an air force capable of doing something, but I advise them not to do anything stupid. But if they do, I doubt that any place in Saudi Arabia will remain intact, with the exception of Mecca and Medina." In the interview, Dehghan also claims that ISIS is operating in Israel's interest. "Today, Israel finds itself in the best situation ever: ISIS is fighting the Muslims on its behalf and provides it with security. ISIS is exhausting the power of the Muslims, shattering the prospect of (their) threatening Israel. Today, Israel is celebrating. When it strikes somewhere, it sends a message to its terrorist proxies in the region: 'Do not worry, I have your backs,'" said Dehghan.