DUBAI - Yemen's president called on Iran to stop supporting separatists in the south and religious groups in the north of the Arabian peninsula country, which is trying to stabilise after more than two years of political upheaval.

"Unfortunately, Iranian interference still exists, whether through its support for the Hirak separatists or some religious groups in northern Yemen," Hadi told Al Hayat, apparently referring to the Shi'ite Muslim Houthi rebels who are trying to capture more territory in the northern part of the country.

"We asked our Iranian brothers to revise their wrong policies towards Yemen, but our demands have not borne fruit. We have no desire to escalate (the situation) with Tehran but at the same time we hope it will lift its hand off Yemen," he said.

Last year Yemen said that a ship intercepted off its coast was an Iranian vessel trying to smuggle explosives and surface-to-air missiles to the country. Iran denied any connection to the weapons, found aboard the ship. 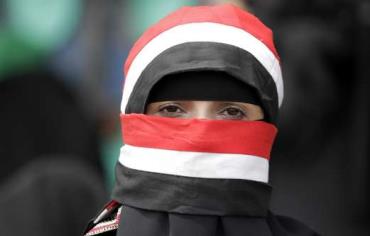 Yemen's government is grappling with a host of challenges, including a separatist movement in the south and an Islamist insurgency, as it tries to restore authority lost during mass protests in 2011 that overthrew the veteran president, Ali Abdullah Saleh.

Iran has come under attack in Yemen: An Iranian embassy official was kidnapped in the capital Sanaa earlier this year, and another Iranian diplomat was fatally wounded when he resisted gunmen who tried to kidnap him.

Hadi also defended a plan to make Yemen a federation, the latest in a series of reforms he is overseeing through an interim period, under a US-backed power transfer deal that eased Saleh from power.

But some southerners and Houthi representatives have objected to the formulation, raising fears of further instability in Yemen, which neighbours oil exporting heavyweight Saudi Arabia.

"The (federal) system of regions will preserve Yemeni unity. We must know that centralisation is what hurt unity and nearly destroyed it," Hadi said.