A year on, residents of Kiryat Malachi building hit by rocket try to move on

Avraham and Haya Hager sat in their renovated living room, into which they were finally able to move back, five months after the rocket strike. 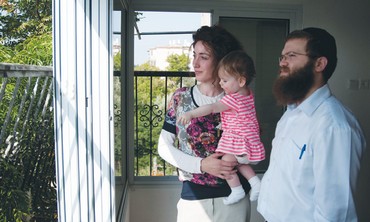