Ruins latest finding uncovered in area before expansion of Highway 1.

By MELANIE LIDMAN
Figurines 370
(photo credit: Israel Antiquities Authority)
Advertisement
Archeologists uncovered rare remains of ritual objects and a 3,000-year-old temple while conducting excavations ahead of the renovation of the Tel Aviv-Jerusalem highway, the Antiquities Authority announced on Wednesday.A major expansion of the highway, in the section from Sha’ar Hagai to Jerusalem, has revealed many important archeological finds at Tel Motza, west of the capital, including Neolithic Era ruins and an enormous underground water reservoir from the Crusader Period at the Motza Stream.A First Temple-period discovery announced on Wednesday was a large structure with massive walls and an east-facing entrance, believed to be a temple.The entrance is aligned with the sun’s rays to illuminate the ritual object placed within the temple, “symbolizing the divine presence within,” according to archeologist Anna Eirikh. Eirikh, Dr. Hamoudi Khalaily and Shua Kisilevitz are directing the excavation for the Antiquities Authority. 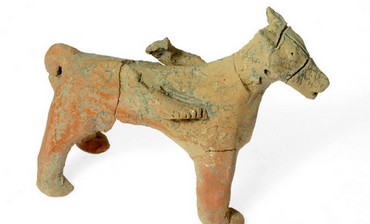 Inside the building, archeologists discovered a square structure, most likely an altar, and a cache of sacred vessels nearby. The ritual objects include decorated pedestals, pottery vessels, fragments of chalices, and clay figures of humans and domesticated animals, all of which they believe were used for religious or spiritual ceremonies.“The finds recently discovered at Tel Motza provide rare archeological evidence for the existence of temples and ritual enclosures in the Kingdom of Judah in general... prior to the religious reforms throughout the kingdom,” Eirikh said.Around the time of Hezekiah and Isaiah, Judaism abolished many ritual sites in order to concentrate ritual practices solely at the Temple in Jerusalem, she explained.Archeologists began excavating Motza in the 1990s in preparation for the expansion of Highway 1. They believe the ancient ruins belong to “Mozah,” which is mentioned in the Book of Joshua as a town in the tribal lands of Benjamin bordering on Judea (Joshua 18:26). 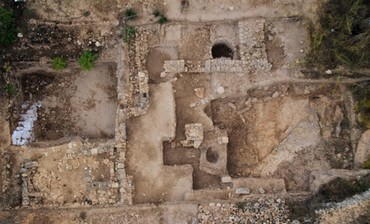 Other discoveries in the area include a system of large silos, leading experts to believe Jerusalem’s grain supplies were stored there.A central dilemma of archeologists and the Antiquities Authority is striking the right balance between preserving history and allowing development for a growing population. Many times, however, construction is the cause of archeological discoveries.To secure construction permits from the Interior Ministry, public works projects need approval from the Antiquities Authority.Pre-construction surveys, especially for the expansion of Highway 1, have yielded a plethora of discoveries.The Highway 1 expansion will eventually be built over the temple discovered at Motza and the ruins will not be accessible to the public. The site will be sealed and protected, and then the highway will be built over the site in a way that does not harm the ruins. The ritual objects will be transferred to museums.
Advertisement
Subscribe for our daily newsletter