ON THIS DAY: US Navy analyst Jonathan Pollard pleads guilty to spying for Israel

By JPOST.COM STAFF
An undated photo of Jonathan Pollard prior to his arrest
(photo credit: Justice for Jonathan Pollard)
Advertisement
As Jews worldwide mark the holiday of Shavuot, it just so happens that this year the holy day falls on the anniversary of one of the most significant – and painful - turning points in US-Israel relations.On this day in 1986, Jonathan Pollard, an intelligence analyst for the United States Navy, pleaded guilty in federal court to conspiring to deliver classified, defense-related information to Israel.Before sentencing, Pollard told the court that while his actions "may have been well meaning, they cannot, under any stretch of the imagination, excuse or justify the violation of the law, particularly one that involves the trust of government ... I broke trust, ruined and brought disgrace to my family." 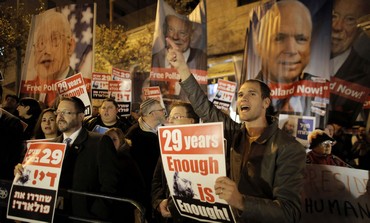 Although Pollard pled guilty as part of a plea agreement struck with prosecutors, the presiding judge in the case, Aubrey Robinson, Jr., sentenced him to life imprisonment after hearing a "damage-assessment memorandum" from the secretary of defense, Caspar Weinberger. Pollard has remained in prison to this day. 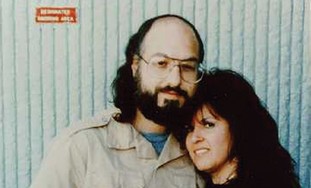 Prior to the breakdown of peace talks between Israel and the Palestinians earlier this year, the United States considered freeing Pollard as part of an overall package in which Israel would complete the fourth stage of a prisoner release of convicted Palestinian terrorists. When talks collapsed, the subject became moot.