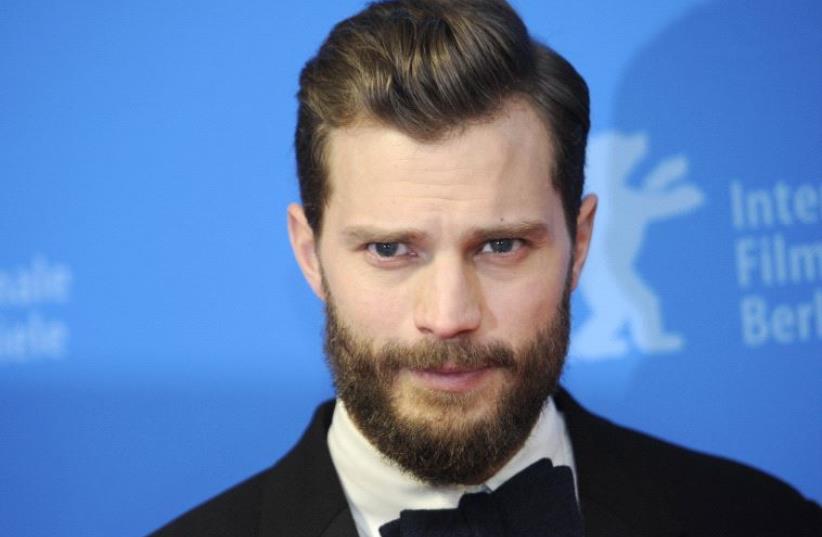 Actor Jamie Dornan
(photo credit: REUTERS)
Advertisement
LONDON - "Fifty Shades of Grey" star Jamie Dornan joins "Peaky Blinders" actor Cillian Murphy for a World War Two thriller about the assassination of one of the main architects of the Holocaust."Anthropoid" is based on the operation to kill SS Obergruppenfuehrer (general) Reinhard Heydrich in Prague in 1942. It follows Czech soldiers Jan Kubis, played by Dornan, and Jozef Gabcik, portrayed by Murphy, parachuted into occupied Czechoslovakia from Britain to kill Heydrich in "Operation Anthropoid"."I'd never heard of this story and it was quite remarkable to read it," Murphy told Reuters in an interview."It's quite extraordinary to think that what these men did changed the course of the Second World War and inevitably changed the course of history."Heydrich, who stood at the pinnacle of the Nazi security apparatus, was the most senior Nazi to be assassinated in World War Two. The village of Lidice was razed to the ground in a revenge massacre, part of a wave of reprisals.Months before his death, Heydrich had chaired the Wannsee conference near Berlin which formalized plans for the killing of all Jews in Nazi-occupied Europe."Anthropoid" was filmed in Prague and features a local cast. However, most of the leading characters are played by Hollywood actors and the story is told in English. Director Sean Ellis said finding a balance between "art and commerce" was a factor."I would've loved to have made this film in the Czech language with Czech actors but then it would be a Czech film and no one outside the Czech Republic would probably see it," he said."Anthropoid" hits UK cinemas on Friday.