A tale of two ‘White Houses’ in Tel Aviv

The White House is in a 1920s Bauhaus building that was a youth hostel in its previous incarnation. Its interior design, with clean geometric lines, pays homage to the Bauhaus style that gave the White City its name. 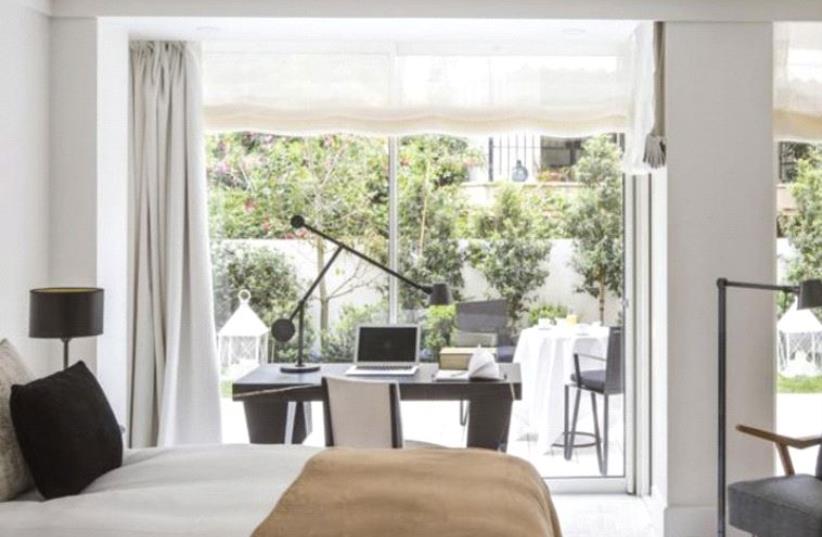 THE WHITE VILLA is housed in a mansion built in 1948.
(photo credit: Courtesy)
Advertisement
John Lennon’s “Watching the Wheels” was playing on the radio as we pulled in to Tel Aviv for a well-earned weekend of R&R without the kids. 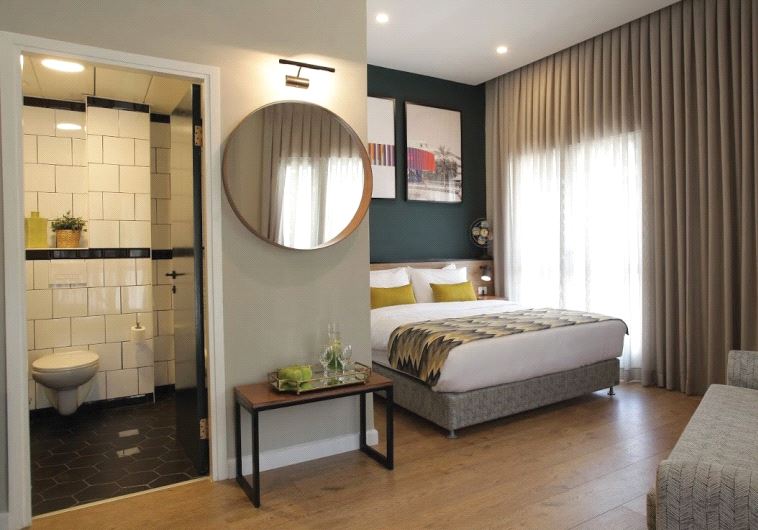 “I’m just sitting here watching the wheels go round and round, I really love to watch them turn,” Lennon strummed to his immortal baritone. When went up to our room and out on to the balcony at the White House hotel, the Lennon classic was replaying in my head. I had found a great place to just “dream my life away” without anyone giving me “advice designed to enlighten me” – the wife aside.Perched over Dizengoff Square, our balcony was the perfect people-watching spot. As the sun set on a Friday evening over the city that never stops, we watched the never-ending human theater: a woman walking her dog, lovers hand in hand, kids playing in the fountain, families heading to synagogue – and later, clubbers out to party, waitresses folding tables and chairs closing for the night.The sun also rises, and the cafés open again. Early morning joggers skirt by, beach goers with naked torsos, towels slung over shoulders, head to the shore.The mid-afternoon square is almost empty in the stifling heat, afternoon merges into night and night into day – “the wheels go round and round.”The White House is in a 1920s Bauhaus building that was a youth hostel in its previous incarnation. Its interior design, with clean geometric lines, pays homage to the Bauhaus style that gave the White City its name.The rooms are decorated with soft colors playing on monochromatic themes that provide an urban yet pleasant setting. If you want to shut out the hustle and bustle of the city, just close the windows, turn on the AC and relax. An urban garden at the entry level to the hotel is another great chill-out spot that lets you feel completely cut off, despite being a stone’s throw from one of Tel Aviv’s main arteries with a good selection of bars and restaurants within walking distance. The beach is about a 10- to 15-minute walk away.Take the time to browse the White House’s superb collection of mostly black and white photos that adorn the hotel’s corridors running from the early days of Tel Aviv through to the 1950s. Fashions aside, things haven’t changed that much; café life, it seems, was always a feature of the city.White House doesn’t have its own restaurant, but you can get a breakfast voucher for a couple of cafés just across the street. There is a lobby open 24 hours with complimentary hot and cold drinks.The hotel has a variety of rooms, including a couple of suites with kitchenettes suitable for families. The prices are reasonable, and the bottom line is: the White House is a great option for a city break with an excellent location, comfy rooms and a chill atmosphere.I would definitely come back. Meanwhile, it’s “back to the merry go round.”The White House 89 Dizengoff St., Tel Aviv-Yafo Phone: (03) 560-6023 The writer was guest of the hotel.The White Villa - a unique cultural icon •Amid the hustle and hassles of Tel Aviv’s lively urban scene, it is good to know that there is a quiet and peaceful haven that offers guests an intimate, luxurious sojourn.The White Villa stands out among Tel Aviv’s luxury boutique hotels as the makeover of an authentic villa: the Silberstein mansion built in 1948 and transformed into an intimate hotel with 18 unique rooms.The exquisite mansion was designed by architect Shmuel Barkai, a disciple of the renowned architect Le Corbusier, in the International Style that has made its Tel Aviv neighborhood known as the White City.With the disappearance of the city’s urban villas over the decades, the Silberstein mansion remains a unique architectural icon.While its outer shell is still considered an architectural gem, the interior was totally redesigned by architect Stephano Dorata. The reconstruction work that began in 2009 culminated in the White Villa’s opening in 2016, as an ideal synthesis of old world craftsmanship and modern elegance.Many features of the original mansion have been retained, such as carved wooden mantels, ornamental grating and hardwood floors. Another familiar feature of the 1940s is one large room with a spacious veranda overlooking the street. Other rooms have individual patios or balconies and all rooms have access to the rooftop sun deck, which is soon to feature a gym.Part of the White Villa’s attraction is its prime location: around the corner from the Habima Theater and the Charles Bronfman Auditorium, home of the Israel Philharmonic, but also just a 12-minute walk from the beach.The White Villa’s 18 rooms are an elegant collection of variations on a theme of modern décor integrated with elements of the original mansion. This may be expressed in some rooms by the retention of a fireplace, parquet flooring, or classically designed wooden wardrobes. What is striking throughout is the quality of workmanship, from the ceiling moldings to the bathroom fittings.Particularly worth mentioning are the beds, which are an experience in themselves.Seemingly bigger than the usual king size, the extremely comfortable mattresses rise impressively 66 centimeters from the floor, but their main feature is the linen.The White Villa, in common with other high-standard luxury hotels, features luxurious linens from Frette, the famous Italian line that has been supplying the world’s top hotels since it was founded in 1860.It should be obvious that the White Villa is not your ordinary bed and breakfast, although the price of the rooms (from about NIS 800 to NIS 1,800 a night) does include breakfast. This is not your basic Israeli hotel buffet with herring and cheeses, but individually prepared gourmet dishes such as a quiche.In keeping with its intimate accommodations, the White Villa’s staff provides guests with hands-on attention that enhances the specialness of the visit.The White Villa 25 Ben Tsiyon Blvd, Tel Aviv-Yafo Phone: (03) 602-8868 ilanThe writer was a guest of the hotel.