Dining: Deli – as in delicious!

Savtush is a winning combination of nosh and nostalgia. 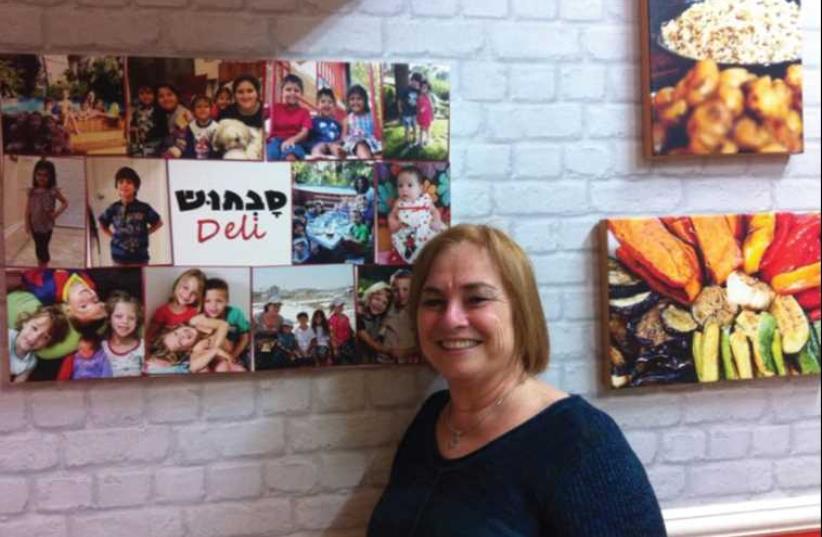 Savtush Deli
(photo credit: PR)
Advertisement
Walk down a certain section of Ahuza, the main avenue of Ra’anana, and an irresistible aroma wafting through the air will entice you off the street and into Savtush, the city’s only authentic deli. There you can sample the kind of food that made New York famous: bulging, over-stuffed sandwiches of pastrami, turkey or corned beef on rye – with lettuce, tomato, sauerkraut and onion – potato salad, coleslaw and kosher pickles, with a refreshing root beer or cream soda. The combination of cuisine and nostalgia is hard to beat.Between 1881 and 1924, two million Jews immigrated to the United States from Eastern Europe, with three-quarters of them settling in New York City. By 1910 they had become the largest single immigrant group in the city. They brought with them the foods of the shtetl: matza ball soup, noodle kugel, gefilte fish, cholent, potato latkes and, of course, “cold cuts” of various types of meat. They gave rise to a unique genre of Jewish delicacies, which came to be known as the “delicatessen.”New York, in particular the Lower East Side, became the home of the world’s great delis: Katz’s, the Stage Delicatessen, Lou. G.Siegel’s, Lindy’s, the 2nd Avenue Deli, Mr. Broadway, Carnegie Deli and Shmulke Bernstein’s (which began as a deli and later added Chinese food to the menu). These eateries became local landmarks and places where Jews could sit, shmooze and literally dine on tradition.Savtush proprietress Sara Spigler made aliya from New Jersey in 1972. She started out in the kosher food business in 1992, when she catered her granddaughter’s simhat bat at her synagogue. The guests at the event were so impressed with the meal that they asked Spigler to cater their family celebrations. At that time, there was no one in town doing homemade, hot, prepared food, thus providing a perfect opportunity for Spigler to launch her new business. She catered bar and mat mitzvot, synagogue Kiddushes, weekends away and Shabbat and holiday meals. The next step was a sit-down restaurant. And so, in August 2012, Savtush opened its doors.The name was inspired by one of Spigler’s 12 grandchildren, who heard her discussing plans to open the deli. “I hope the food will taste just like what you make at home, Savta!” said the 10-year old. And so, Savtush was born.“Food was always a passion for me,” says Spigler. “As our family sat around reminiscing about the great New York food we were raised on – especially the deli – we said to one another, ‘Why only dream about the deli? Why not actually bring it here?’” Spigler had the perfect American connection. Her brother Eli was a long-time deli-man, who served as her overseas consultant and guided her through the process.Now she and her staff, led by Isaac Hans, another veteran in the food business, bring smiles to the faces – and contentment to the stomachs – of deli lovers from throughout the Sharon area.Savtush’s menu also includes soups and salads, and schnitzel and fish & chips for the younger set. But their bread and butter – you should pardon the expression, this is a kosher restaurant, after all! – remains the delectable deli selections.In the future, Spigler plans to offer sandwiches for the area’s hi-tech companies and to host weekly specials for senior citizens.She also hopes to partner up with a pastry chef to add desserts and specialty pastries to her menu. She also has an extensive Shabbat take-away service beginning on Thursday afternoons.As I am talking with Spigler, a customer comes in and tells her, “A bunch of us are watching American football tonight; we need a dozen corned beef sandwiches to go with the game!” I sigh and smile from ear to ear. It just doesn’t get any better than that.Savtush
Kosher mehadrin
130 Ahuza St., Ra’anana
Tel: 077-203-2977; 052-549-3904
savtush@gmail.com