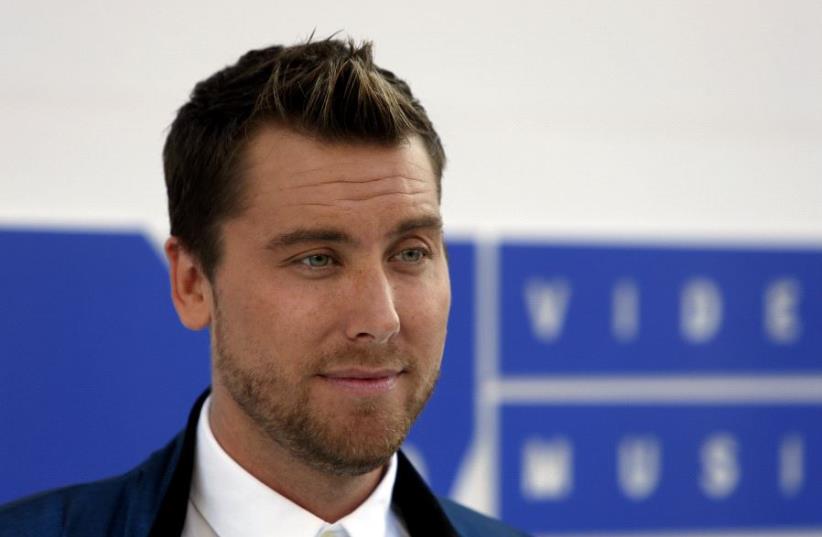 Singer Lance Bass
(photo credit: REUTERS)
Advertisement
What are Lance Bass and Jamie-Lynn Sigler doing in Israel? Having a great time, by the looks of it.The former *NSYNC member and the actress best known for her role in the Sopranos arrived in the Holy Land on Monday night, and are set to spend a week touring the country.The pair and their entourage are guests of the Tourism Ministry, a spokeswoman for the ministry confirmed.

Bass brought his husband, Michael Turchin, who is Jewish.“We’re excited to be here, this is Michael’s first time to Israel,” Bass said in a Facebook live video. “There’s gonna be a lot of ‘Hey a Christian and a Jew walk into a bar jokes,” said Bass, a Southern Baptist.The group have already been posting photos and videos on social media along the way.

Tuesday saw them visit Jaffa, stopping in the Maskit design showroom, chowing down on hummus and shwarma, visiting the Ilana Goor Museum and touring the Carmel shuk. On Wednesday morning they hit the beach in Tel Aviv – amid a searing heatwave, no less.Sigler, who took part in a Birthright trip in 2008, posted a photo of her arrival at Ben-Gurion Airport with the caption: “Our little adventure begins....”