'AMY', which follows the "Rehab" singer's life and death in 2011 from alcohol poisoning, was shown on Tuesday night before hitting UK cinemas on Friday. 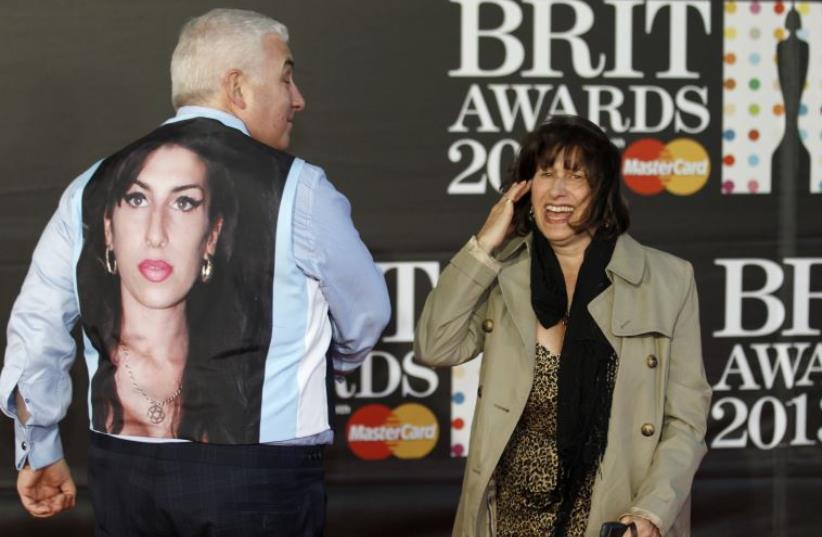 Mitch and Janis Winehouse, the father and mother of the late singer Amy Winehouse
(photo credit: REUTERS)
Advertisement
LONDON - A highly-anticipated documentary about late British singer Amy Winehouse has premiered in her hometown London, where friends and fellow musicians paid tribute to the six-time Grammy Award winner.'AMY', which follows the "Rehab" singer's life and death in 2011 from alcohol poisoning, was shown on Tuesday night before hitting UK cinemas on Friday.The biopic, first shown at the Cannes Film Festival in May, has drawn criticism from her father Mitch Winehouse who has called it misleading. Its makers disagree, saying they conducted around 100 interviews for it."The film is beautiful because it shows a side of Amy that I don't think people saw. It shows how funny ... intelligent (and) witty she was. That's the Amy I remember," friend and musician Tyler James, who appears in the film, said on the red carpet."I think it's important that her legacy is carried on and that people see her for who she really was."Londoner Winehouse, hailed by many as one of the most talented singers of her generation before she died at the age of 27, was mostly associated with the northern district of Camden, where she lived.A statue of the singer, with her trademark beehive hair, was unveiled there last year.Among those attending the London premiere were Winehouse's former manager Nick Shymansky and singers Lianne La Havas and Jess Glynne."(It's) very surreal, very awkward (to be at the premiere)," Shymansky, who also appears in the film, said. "But (it's) also a moment to be pleased that people are talking about her in the right light and people are thinking about her in the right way."