"Unfortunately, there is anti-Semitism in France and during the past year it has increased a lot,” says former president of the European Jewish Congress. 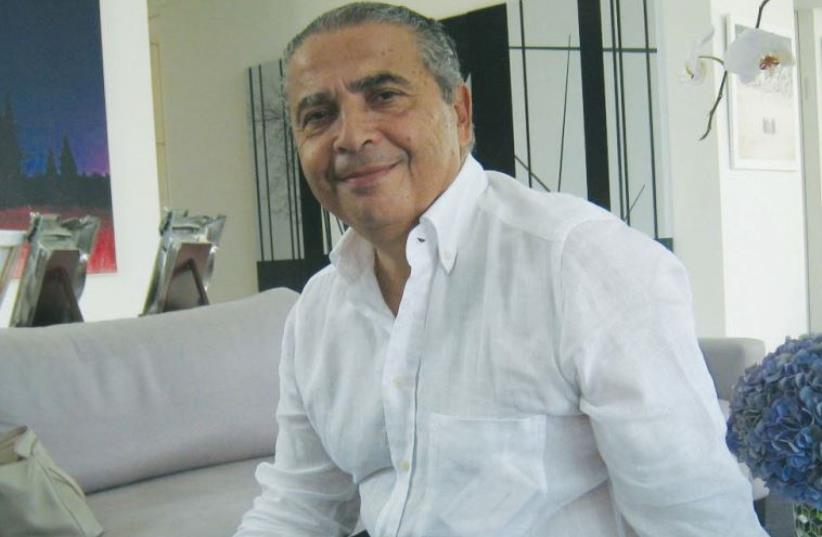 Pierre Besnainou
(photo credit: GLORIA DEUTSCH)
Advertisement
When the former president of the European Jewish Congress and a leading light in the Paris Jewish community makes aliya and speaks of anti-Semitism in his native country, it is time to sit up and take notice.Pierre Besnainou moved here with his family in April 2014 and took up permanent residence in the house in Herzliya Pituah which, until then, had been a holiday home only. He still has two daughters living in Paris but hopes they will soon follow him to Israel.“Yes, unfortunately, there is anti-Semitism in France and during the past year it has increased a lot,” says the successful businessman, who was born in Tunisia in 1954. For many years, as co-chairman of the Anti-Semitism Task Force of the Jewish Agency, he actively fought anti-Semitism. He is also a member of the board of governors of that organization.“The terrorism started with the events in Toulouse [the attack at a Jewish school in 2012] and continued with the whole Charlie Hebdo affair,” he says. “Unfortunately the Muslim population originating in North Africa has been brainwashed.”This is particularly painful for Besnainou, who spent a happy childhood in Tunisia and remembers the peaceful coexistence between the Jews and Arabs of his home country.“My children grew up in Tunis,” he says. “During the summer holidays, many French Jews went to Eilat, but we always went to Tunis and my kids had many friends there,” he recalls. He also dealt with Tunis in his first business venture and says he encountered anti-Semitism for the first time in France and not in his birthplace.“Now it feels like a war, and the Jews of France are on the front line in this war,” he says. “However, the French government is very active in the fight against anti-Semitism and is determined to combat it with strong laws; that is a fact it’s very important not to forget.”Besnainou, who made fortunes, lost them and remade them, describes himself as having several lives.His family moved to Paris in 1972 when he was 18 years old. His father was chronically sick, so the teenager had to go out to work and was unable to get a university education.His first business was importing electric consumer products from China, and he did this starting in 1980 when he was 26. It lasted for 15 years until he went bankrupt in 1995.“It was a good thing, because the next year I started a new company which was very successful,” he recalls.The company, an Internet service provider in the early days of the Internet, did very well. “It was a huge success story and I sold the company in good condition in 2001.”That year he was able to indulge in a middle-aged fantasy and backpacked all over India and the Far East, alone.“I was 45 years old and the father of three children and I just took off,” he says.When he returned he decided to make philanthropy the cornerstone of his life and put all his active business interests on a back burner.“For the next 10 years I did only charitable and communal work,” he says.He became president of Fonds Social Juif Unifié, the umbrella organization of all secular Jewish activities in France (as opposed to the Consistoire, which takes care of the religious side). The FSJU was created in 1950 to rebuild the Jewish community of France which had been decimated by the Holocaust.During that time he founded Ami, an organization dedicated to promoting aliya and to helping potential immigrants to prepare for any complications that might arise. He is still involved in many aspects of helping fellow French Jews settle in Israel, but gave up some of his communal activities when he made aliya himself.“Now I’ve come back to my original life,” he says, and explains how he has become involved in several business interests here in Israel.He recently brought a kosher Burger King to Israel and 50 branches are planned around the country in the next five years. He is a shareholder in Carmel Mizrahi and other companies, several connected to the provision of kosher food. He also became mildly involved in Israeli politics and was chosen by Zionist Union leader Isaac Herzog, his neighbor, to use his influence among his fellow French immigrants to vote for the party in the last elections.Today, he is very anxious to increase aliya from France but feels it should not be as an emergency exit.“It must be a choice,” he says. “We have to offer a better life here and make the country more attractive to induce people to come.”His ideas include making social housing available, as it is in France. He would like to see less confrontation between the many different factions in every facet of society here.“We must solve the big issues to create a better environment,” he says.