GRAPEVINE: Out of the mouths of babes

The most successful campaign in Haifa was that of protecting wildflowers from being picked. 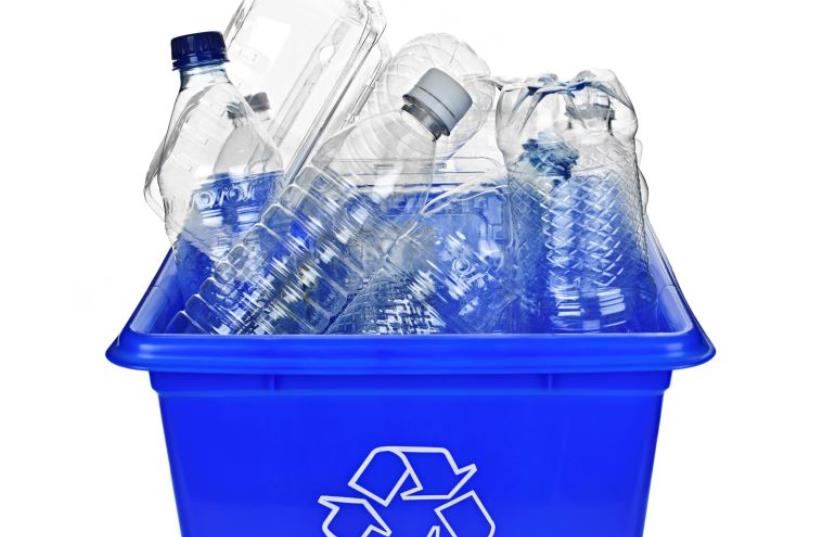 Recycling box filled with clear plastic containers (illustrative)
(photo credit: INGIMAGE)
Advertisement
CHILD LABOR is not illegal when it is simultaneously educational. Thus the Ela Recycling Corporation, in cooperation with the Haifa Municipality, was able to recruit 6,500 children from 360 municipal kindergartens in Haifa into the municipal recycling circle. Ela provided each child with a recycling bag and asked them to fill the bags with empty half-liter bottles for which there is a 30 agorot refund per bottle.The money accrued from the total refund in each kindergarten was used to purchase additional equipment or fund some extracurricular activity in which the children in any kindergarten could participate.As part of this cooperative arrangement, a recycling event was held in the Naveh Sha’anan neighborhood with the participation of 500 children and their parents, who were treated to entertainment plus a recycling workshop in which Haifa Mayor Yona Yahav also participated.Yahav said that until now, the most successful campaign in Haifa was that of protecting wildflowers from being picked. It was successful he said because children had been recruited to convince their parents that wildflowers should be left alone as a gift of nature. He was convinced that children would be equally effective in influencing recycling awareness.Other officials attending the event included Shifra Antebi, Haifa Municipality’s director of early childhood education; and Pinhas Wagman, head of the Haifa Municipal Education Department. THE DAN Hotel chain received an award of excellence from the International Association of Jewish Vocational Services for integrating people with disabilities into the chain’s workforce. Among the participants at the prize-giving ceremony held at the Dan Hotel, Tel Aviv were MK Itzik Shmuli; Elwin Israel CEO David Marco; IAJVS global CEO Genie Cohen; Deputy Director of the Ministry for Social Services Gideon Shalom; representatives of various social welfare organizations; and several Dan chain executives, among them Rafi Sadeh, CEO of the Dan chain; Rafi Beeri, vice president marketing; Itai Eliaz, general manager of the Dan Tel Aviv; Avi Levy, general manager of the Dan Panorama Tel Aviv; and Ben Janover, general manager of the Dan Boutique Hotel, Jerusalem.The IAJVS is a nonprofit network of 32 national and international human service agencies operating in major metropolitan areas in the US, Canada and Israel. The vast array of services provided by these agencies have a direct effect on untold numbers of people each year who become employers or employees or self-employed in areas such as career management, training, rehabilitation programs, health services and community-based services.BEYOND HIS family and his circle of friends and acquaintances, Israelis got to know New York-born Eytan Schwartz through the popular reality TV show The Ambassador, in which a group of highly intelligent, well-educated young men and women from a variety of national and ethnic backgrounds competed for the opportunity to spend a year in the US promoting Israel. Although there were times when it seemed to be touch and go, Schwartz emerged the winner. While the show itself contained many elements of glamour, the nitty-gritty of pushing Israel’s image was far from glamorous, especially insofar as Schwartz’s travel and accommodation arrangements were concerned.Schwartz, who had entertained the thought of becoming an actor, was nonetheless hit hard by the promotional bug. After he returned to Israel, he decided to continue working in that direction. He originally came to Israel at age seven. He went back to New York to get his BA in anthropology from Columbia University, and while in the Big Apple also did a few theatrical gigs. After coming home, he spent some time with a children’s television show. Then in September 2004 he became a contestant on The Ambassador. After coming back from New York a second time, he got a job as an assistant to Tel Aviv Mayor Ron Huldai. He was also the spokesman for the Committee for the Advancement of Refugees from Darfur and has been engaged in helping refugees from elsewhere in Africa. He was also a project manager for the Tel Aviv Centennial celebrations.In 2013, while acting as the mayor’s adviser on foreign affairs, he ran for the Knesset on a Labor Party ticket, with Huldai’s endorsement. However, he failed to get in and remained in the employ of the Tel Aviv Municipality. While working at city hall, he has made significant contributions to Tel Aviv’s image as a pluralistic, tolerant and fun-filled city and a No. 1 destination for Western immigrants.Schwartz also been involved in counter-campaigns to BDS. Though still working with Huldai, he has now been promoted to director general of the Tel Aviv Municipality’s Tourism Department, generally known as Tel Aviv Global, and has replaced Hila Oren.It is not certain whether Schwartz will replace Oren at the Urban Future Global Conference on Sustainable City Development in Graz, Austria, at the beginning of March. A press release issued by conference organizers in December listed Oren as one of the conference speakers and described her as a city development expert. It is possible that they may both attend the conference at which some 1,500 participants are expected.