Grapevine: Tuning up for the High Holy Days

News from around Jerusalem. 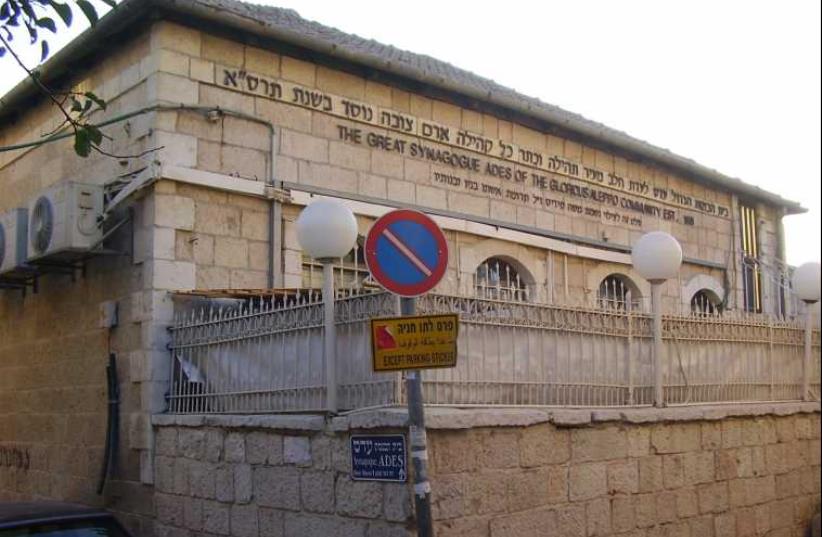 The Ades Synagogue in Nahlaot, Jerusalem
(photo credit: Wikimedia Commons)
Advertisement
EVERY SYNAGOGUE congregation has its own unique style, traditions and liturgical melodies. In synagogues in which there is a regular cantor, the melodies sung at services are almost always the same, week after week and year after year. But in congregations whose members take turns in leading the service, the melodies tend to change. For instance, in many congregations in which the common language is French or English, it doesn’t mean that the congregants come from a homogeneous background. They could have grown up in Sephardi, Ashkenazi, Hassidic, Lithuanian or other traditions with melodies quite different to those usually sung in their present congregations. It is only when someone leads the service can he revive the melodies sung in his father’s synagogue and around his parents’ table.But aside from these visits to liturgical nostalgia, there are universal tunes that are sung in most synagogues but are not always familiar to people who seldom attend services. However, most Jews do go to High Holy Day services; to help them overcome the lacuna of non-familiarity, the Orthodox Union has organized a four-week course with maestro Eli Jaffe, the choirmaster of Jerusalem’s Great Synagogue choir. It will take place on Mondays at 12:30 p.m. beginning on August 17. The price for the series is NIS 120 or NIS 40 for individual sessions. The address is the capital’s OU Center, 22 Keren Hayesod Street.
PRENUPTIAL AGREEMENTS are becoming increasingly popular in a global effort by compassionate rabbis to ensure that if the marriage does not work out, the wife will not be left in a position in which she cannot remarry because her husband refuses to grant her a divorce.Women chained in marriages against their will are known as agunot.Their lives are made wretched by the fact that they cannot enter into another relationship and cannot have any more children, unless they want to put a permanent stain on the lives of future progeny. This is even more painful for women who have no children at all.However, not all rabbis are in favor of prenuptial contracts. Among those who are adamantly opposed, according to Yeshiva World News, is Rabbi Moshe Sternbuch, the chief rabbi of the rabbinical courts of the Eda Haredit and head of the community and kollel of Jerusalem’s Ramot Alef neighborhood. In a lengthy response to the prenuptial issue, Sternbuch wrote that “such an agreement could unjustifiably compel a husband to grant a divorce and that such an agreement could destroy the institution of marriage.” He also expressed his fear that prenuptial agreements would lead to too many divorces. He called on influential rabbis in Israel and the US to sign an undertaking that they will not support prenuptial agreements.What Sternbuch fails to realize is that faced with a rabbi who tries to talk them out of a prenuptial agreement, many couples will simply opt for another rabbi to conduct the marriage ceremony.
REALITY SHOWS have led to fame and fortune for a number of contestants who became the darlings of the media and who later came to the attention of head hunters scouting for product presenters. Ana Bul, one of the alumni of Big Brother, is a case in point. The powers-thatbe at the Hadar Mall in Talpiot liked her so much that they decided to make her the presenter for the whole mall, which means that she gets to wear a lot of different clothes and accessories for the photo shoot – and better yet, she’ll get paid for her trouble. Bul will appear in the mall’s fall/winter magazine that is being released next month in time for Rosh Hashana shopping.
BDS NOTWITHSTANDING, a host of visitors will be flocking to Israel for the World Science Conference next week at which participants will include at least 15 Nobel Prize laureates and more than 400 young science students from 70 countries. The conference, a joint initiative of the Foreign Ministry and the Hebrew University, will be held from August 15 to 21 at the university’s Edmund J. Safra campus in Givat Ram.This is the first time that the WSC is taking place in Israel, and hopefully it will lead to an annual tradition, said Guy Kibetz of the Foreign Ministry. He noted that the young scientists attending will, as a result of the experience, become ambassadors for Israel. Kibetz initiated the conference and is chairman of its steering committee.In addition to the distinguished scientists and students who will be attending, there will be some 60 foreign journalists and camera crews
Advertisement
Subscribe for our daily newsletter