The US-based company will pay a $3 million fine to the US government for its purchases of over 5,500 ancient Iraqi artifacts which were smuggled through the UAE and Israel. 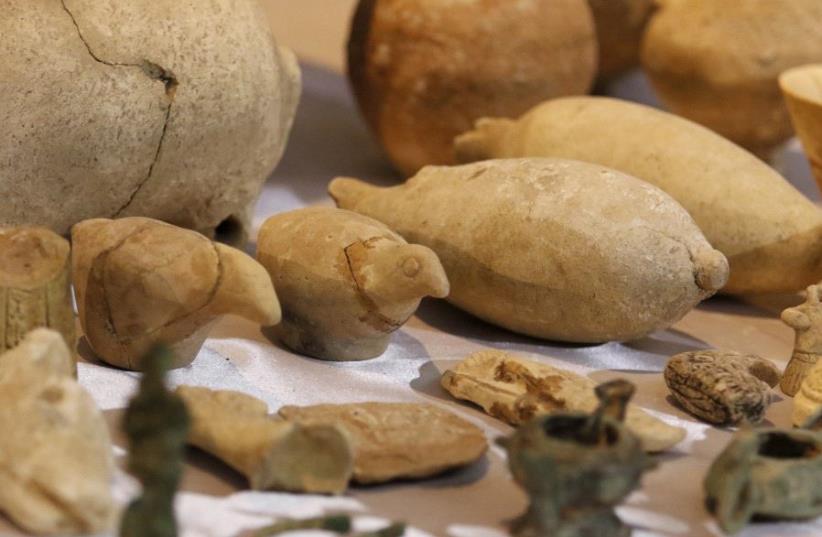 Ancient Iraqi artifacts at the National Museum in Baghdad
(photo credit: THAIER AL-SUDANI/REUTERS)
Advertisement
US-based Hobby Lobby has agreed to pay a fine of $3 million to the US government and will return the thousands of ancient Iraqi artifacts it bought that had been smuggled out of the country, CNN reported on Wednesday. The artifacts, which include cuneiform tablets and clay bullae, had reportedly been brought to the US illegally. Though most of the items are reported to have been removed from Iraq and sent to the US by way of a supplier in the United Arab Emirates, it has been stated that some of the artifacts may have also been smuggled through Israel. The Israeli government has made no comment on the matter as of Thursday morning. The US Department of Justice (DOJ) said that the suppliers for Hobby Lobby sold the items simply as ceramic pieces. The company, which purchased over 5,500 artifacts, also bought historical Bibles. Hobby Lobby's president, Steve Green, had traveled to the UAE in 2010 to view the artifacts. It is unclear whether Green also visited Israel on a similar trip. Later that year, an expert in cultural property law had warned Green that the items were likely stolen from Iraq, and that US Customs and Border Protection would be well within their rights to seize the items. Hobby Lobby has released a statement saying that it has fully complied with the DOJ investigation.