Israelis on Instagram: Eye candy with a side of hummus 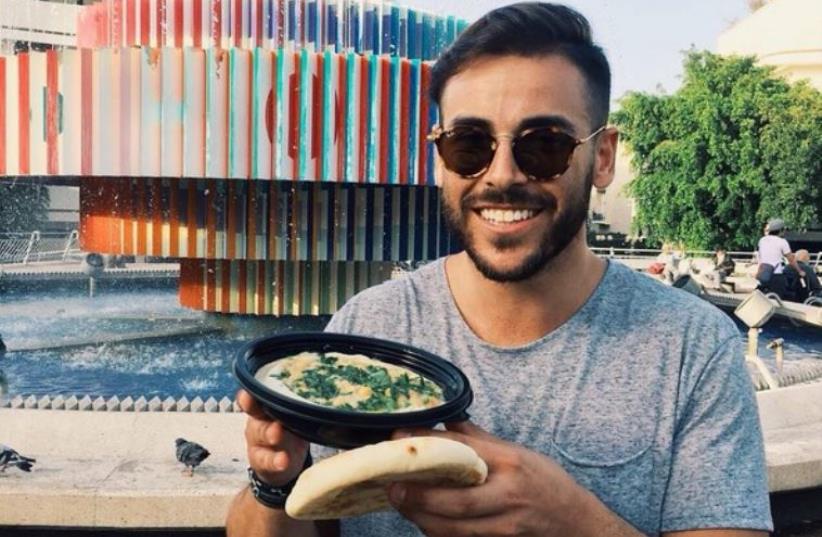 'Hot Dudes Eating Hummus' Instagram page
(photo credit: INSTAGRAM)
Advertisement
Which would you rather look at? Pictures of war, conflict and violence - or hot guys eating hummus? Four students from the IDC in Herzliya are counting on you choosing the latter. That premise was the idea behind the hottest new Instagram account around: “Hot Dudes Eating Hummus.” The account, launched in March, is closing in on 5,000 followers, all of whom are eager to see, well, hot guys with hummus. So far they’ve posted more than 45 photos of grinning Israeli hunks with their chickpea spread - mostly shirtless, and often with a side of pita.“The four of us wanted to create an apolitical branding campaign for Israel to shed some light on the humor, diversity, fun, beauty, and culture that are so vibrant and rich in this country,” said Orly Geduld, one of the four students who started the account. “We wanted to highlight a positive aspect of the country, away from the conflict - something which unfortunately is not done enough.”Geduld, an American, came up with the idea alongside Israeli-Romanian Betty Ilovici, Canadian Ayala Lesser and Israeli Israel Zari, all 20-somethings finishing their final year of university.The foursome started the account as a school project for a seminar on “nation-branding,” but “it has morphed into something much larger than we had imagined,” said Geduld.


She said the idea was inspired by some of the other wildly popular social media accounts that follow a similar pattern: “Hot Dudes Reading” and “Hot Dudes and Dogs” - which have garnered more than 800,000 and 350,000 followers respectively.“We thought we could appeal to a wide audience by following a trend, yet creating a competitive advantage that captures some of the magic of Israel,” said Geduld.The captions posted alongside the photos are as silly and cheesy as you’d imagine - exhibiting enough self-awareness to keep things amusing.“Want a bite? We do,” reads one caption, while others say “too much dreamy in one picture”; “Just a casual dish of abs with a side of hummus”; and “Hot dudes and hummus...and beards...and yum...”


Geduld said most of the photos they post on the account are “random Israeli men that we approach that we see eating hummus at the beach or at cafes who we ask to take a picture of, a well as our friends.”As they grow in popularity, however, they are receiving more pictures sent in by followers around the country.She said the account is aiming to showcase “the entire diversity of Israeli society, which means representing all religions and ethnicities, whether Jewish, Christian, Muslim, or other.”The online response has been mostly positive, said Geduld, noting followers from around the world “including the US, UK, Germany, Italy, France, Israel, and Romania.”“This whole page is the reason I need to marry a Jew. Preferably an Israeli,” wrote one commenter on a photo of a shirtless buff gentleman with a bowl of fresh hummus. “Probs going to meet my husband on this here Instagram,” wrote another, while a third said: “Gimme some cucumbers and lemme snack on THAT!” Geduld said even once the four are finished with university, they plan to keep the account going, as they see it having “great potential for even greater growth to continue to consistently entertain followers.”“Posing with hummus is not something you see everyday,” she said. “So pictures with a cute guy and a great looking bowl of hummus is a recipe for success!”