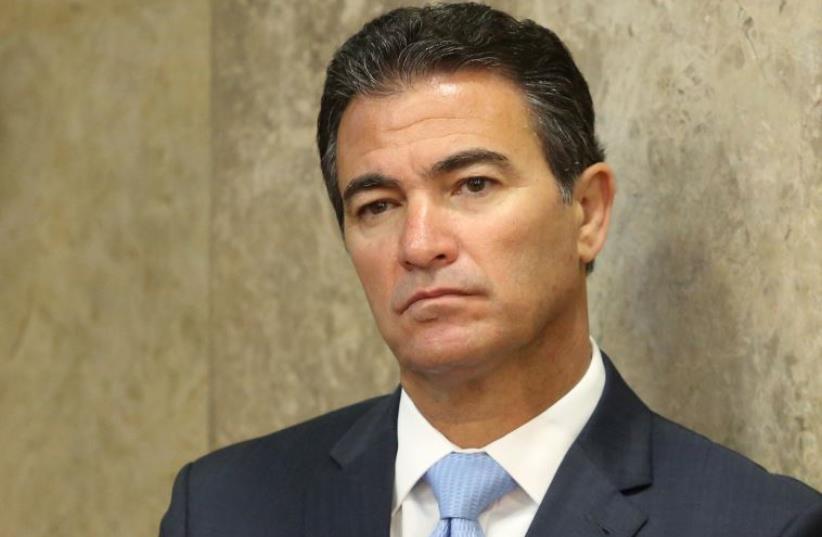 Yossi Cohen, head of the National Security Council (Mossad) ‏
(photo credit: MARC ISRAEL SELLEM/THE JERUSALEM POST)
Advertisement
The influential status and power of Yossi Cohen, the director of the Mossad, is in his accumulation of destructive capabilities. His judgment or lack of it and his mistakes can cause embarrassment to the prime minister and damage Israel’s security interests and its foreign relations.The position and responsibility of the head of Israel’s foreign espionage agency is an excellent vantage point to: influence military and diplomatic developments on four major fields vital to Israel’s national interests; gather intelligence and execute special tasks including assassinations and sabotage against Israel’s enemies and their installations; provide the government with early warnings of looming wars and terrorist plots; and to serve as a special secret envoy of the prime minister to Arab leaders who don’t wish to be seen in public with Israeli leaders but are ready to clandestinely meet the head of Mossad. These may include officials from United Arab Emirates, Bahrain, Kuwait or Saudi Arabia.Another important task is to maintain the special relations between Israel’s intelligence community and its counterparts around the world and especially the CIA. His main toll of influence is his proximity and access to the prime minister, who is his immediate superior.Cohen, 55, is very close to Prime Minister Benjamin Netanyahu and liked by his wife, Sara, and nowadays in Israeli political culture that is very important. His other advantage is his upbringing. He was raised in a national religious house, and though he is a civil servant and never expressed in public his political views, it is assumed to be right of the center.Cohen is a classical product of the world of shadow. He has been an excellent case officer who ran agents and led and managed special operations in Europe and elsewhere in the Middle East with a special focus on targeting Iran’s nuclear program. After serving as deputy head of Mossad under Meir Dagan he was upgraded to be head of Israel’s National Security Council and Netanyahu’s advisor.In January 2016, he returned “home” to lead Mossad from its headquarters in Glilot, north of Tel Aviv.In this capacity his responsibilities are enormous. The Mossad is mostly involved in actions which violate laws and sovereignty of other countries. He deals in matters of life and death. A wrong decision can send his operatives to the hanging tree. A failed operation can complicate matters for Israel.Here is the paradox: His direct influence on Israeli security and indirectly on the state’s relations with the Jewish Diaspora and other nations is valid as long as Cohen operates under the radar. If and when he surfaces it will be most probably when something bad happens to Israel. In such a case it will mean that he failed and automatically his influence would be diminished..