Just A Thought: Yom Kippur in the Temple

The Mishna, redacted about the year 220 CE, attempts to describe what happened in the Temple on the eve of its destruction, 150 years prior. 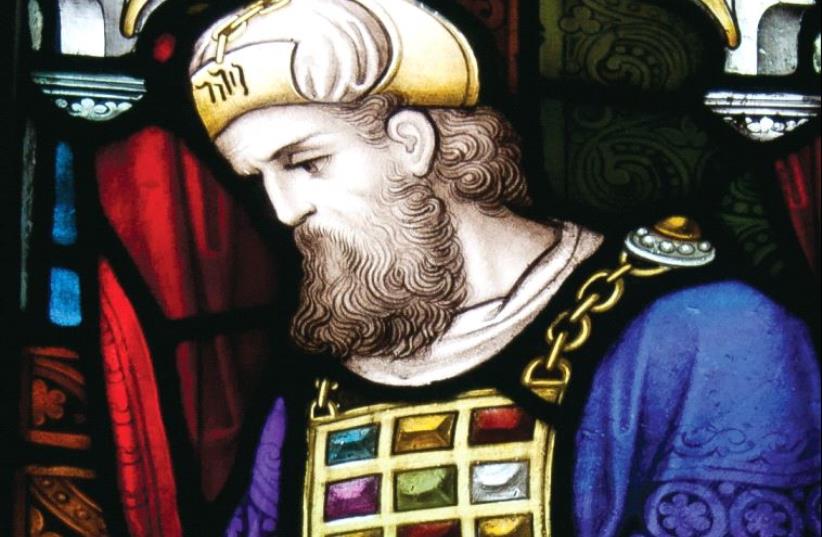 Yom Kippur
(photo credit: ANDREAS F. BORCHERT CC BY-SA 3.0 DE/WIKIMEDIA COMMONS)
Advertisement
One of the most fascinating portraits of Yom Kippur is found in the Mishna in Yoma. The Mishna, redacted about the year 220 CE, attempts to describe what happened in the Temple on the eve of its destruction, 150 years prior. While we would like to imagine that Yom Kippur in the Temple was Judaism at its best, the reality is quite different. The picture that is depicted is a grave one. The Mishna describes a situation in which the High Priest, whose task it is to personally perform the sacred rituals meant to bring atonement for the entire Jewish people, is a complete ignoramus.The men in charge of the Temple have to spell out for him, not only what to do, but literally need to show him what each animal was. He was so disconnected from the Temple and such an aristocrat, that he couldn’t tell the difference between the cows, lambs and sheep. They needed to parade each one in front of him.The Mishna goes on to describe how for the seven days before Yom Kippur he would practice the different rituals and acquaint himself with the different procedures, until finally the rabbis made him take an oath that he would perform the rituals according to rabbinic tradition.The political situation during this time was terrible. While the Romans were threatening the Jews from the outside, Jewish infighting was tearing us apart from the inside. It was this very disunity that would eventually lead to the Temple’s destruction in 70 CE.In those days, the Sadducees, who were from the upper classes, would buy the position of the High Priesthood, while the Temple itself was run by Pharisees, Jews who were faithful to the rabbinic interpretation. The situation was so bad that the sages would make the High Priest swear an oath that he would perform the rites according to the custom of the rabbis and that he would not deviate to the Sadducee position.At this point the rabbis would turn away and cry that we had sunk so low as to have to force an oath upon the High Priest.The High Priest as well would weep that he was suspected of not wanting to do the rituals right.Finally, on the final night, they would keep the High Priest awake all night in a state of purity. This required preventing him from over-indulging in food and to be entertained to keep him up. The Mishna explains that if the High Priest was wise, he would give a sermon; if not, they would sermonize him. If the sermon wasn’t for him, they let him read, and if he didn't know how to read, they read out loud to him. In other words, we have a situation in which the High Priest himself was illiterate. And what did they read to him? The Book of Job, or Ezra or Chronicles.Zechariah ben Kavutar reports that many times he himself read the Book of Daniel to him. The point Zechariah ben Kavutar was making, was that sometimes the High Priest was such a boor that not only was he illiterate but he didn’t even understand Hebrew and needed to have the one book in the Bible that is written in Aramaic read to him.And if all that didn’t work to keep him up, they made him walk barefoot on the cold marble floor so that he would not close his eyes in sleep.It is very easy to romanticize the past and look at everything through rose-tinted glasses.Yet, the sages made sure to preserve for us a real and authentic picture of life in the Temple on the holiest of days in order to set an attainable standard. Our heroes are never perfect people. They are all human with very human faults.There is nothing to learn from a man who can walk on water.He is simply not human and does not share in the human condition. It is because our heroes are burdened by ego, doubt, anger and fear that we can learn from them how they overcame their weaknesses and became models and paradigms for us.Yom Kippur is the day in which anything is possible.Teshuva, repentance, is a uniquely Jewish concept that says that we humans have the ability to effect a change, not only on our future, but on our past. Teshuva is ability to correct mistakes and create a better future.The portrayal of the Temple on Yom Kippur is meant to give us hope. They were real people with real faults led by an illiterate ignoramus.And if an illiterate ignoramus can bring atonement to the entire Jewish people, then we can definitely bring atonement to ourselves. The writer is a doctoral candidate in Jewish philosophy and currently teaches in many post-high-school yeshivot and midrashot.