Parshat Behar: Of servitude and slavery

“And when a man sells a residential house in a walled city, its redemption may take place until the completion of the year of its sale. Its redemption shall be a full year” (Leviticus 25:29). 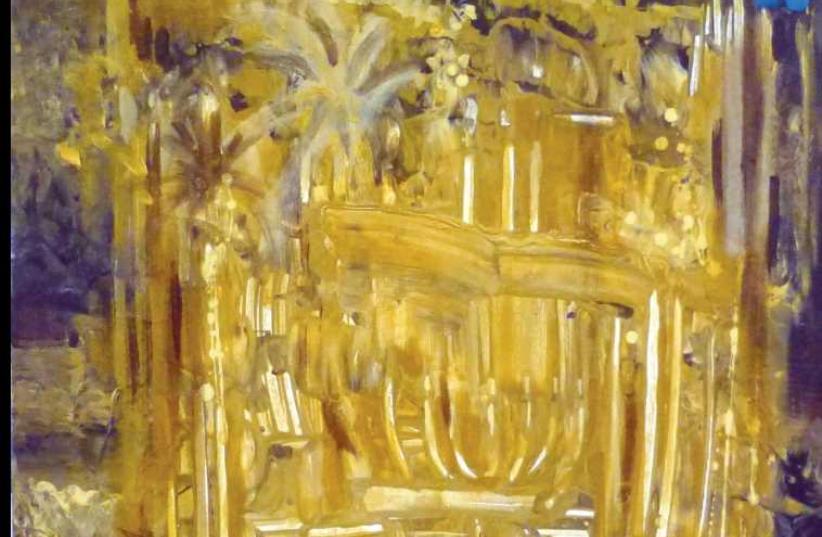 Painting by Yoram Raanan
(photo credit: YORAM RAANAN)
Advertisement
‘If your brother becomes destitute and is then sold to you, you shall not make him work like a slave” (Leviticus 25:39).If indeed Judaism gave the world the idea and ideal of freedom – “I am the Lord thy God who took thee out of the land of Egypt, the house of bondage” (Exodus 20:2), how can we justify that our Bible accepts the institution of slavery and even legislates proper and improper treatment of slaves? Why didn’t our Torah abolish slavery absolutely? If we compare the laws of the Hebrew slave as found in Mishpatim (Exodus 21:2-6) to the laws of the Hebrew slave as found in our reading of Behar (Leviticus 25:39-47), our analysis may lead to a revolutionary idea about how the Bible treated the “slave” altogether! At first blush, the two primary sources appear to be in conflict with each other. The portion of Mishpatim explains that if one purchases a Hebrew slave, he may only be enslaved for six years after which he must be completely freed (Ex. 21:2). Secondly, the owner may provide the slave with a gentile servant as his wife, stipulating that the children will remain slaves of the owner after the Hebrew slave (father) is freed (Ex. 21:4).And thirdly, if the Hebrew slave desires to remain in bondage longer than the six-year period – “Because he loves his master, his wife, his children” – he may continue to be enslaved until the Jubilee 50th year; however, he must first submit to having his ear pierced at the doorpost, so that the message of God’s dominion (“Hear O Israel the Lord is our God, the Lord is one”), rather than human mastery, is not lost upon him (Ex. 21:5,6).A very different picture seems to emerge from the passage in Behar. Here the Bible emphasizes the fact that we are not dealing with slavery as understood in ancient times, a specific social class of slaves who were captured in war or whose impoverishment caused them to be taken advantage of.Rather, our Torah insists that no human being may ever be reduced to servitude, no matter his social or financial status.At worst, he must be hired like a hired residential worker with you, and “he shall work with you until the jubilee 50th year. Because they [these hired residential workers] are [also no less than you,] my servants whom I have taken out of the land of Egypt; they may not be sold as one sells a slave. You shall not rule over them harshly; you must fear your God” (Lev. 25:43). You are not to have slaves, our text is proclaiming; you are merely to have hired residential workers! And upon examining our text in Behar, we find a number of interesting differences between this passage and the text in Exodus. First of all, in our portion there doesn’t seem to be a time limit of six years; the length of time of employment would seem to depend upon the contract between employer and employee.Second, this passage doesn’t seem to mention anything about the employer providing a gentile servant as wife. And thirdly, our text does not ordain piercing of the ear for a longer stay of employment, and it does tell us in no uncertain terms that our Bible does not compromise with slavery! It only provides for hired residential workers.The Talmud – which transmits the Oral Law, some of which emanated from Sinai and some of which is interpreted by the Sages (100 BCE – 800 CE) – teaches that each of these biblical passages is dealing with a different kind of “servant” (B.T. Kiddushin 14a): The first (in Mishpatim) is a criminal who must be rehabilitated, a thief who doesn’t have the means to restore his theft to its proper owner. Such an individual is put “on sale” by the religious court, whose goal is to guide a family toward undertaking the responsibility of rehabilitation.After all, the criminal is not a degenerate, his crime is not a “high risk” or sexual offense, and it is hoped that a proper family environment which provides nurture as well as gainful employment (with severance pay at the end of the six-year period) will put him back on his feet. He is not completely free since the religious court has ruled that he must be “sold,” but one can forcefully argue that such a “familial environment/ halfway house” form of rehabilitation is far preferable to incarceration.The family must receive compensation – in the form of the work performed by the servant as well as the children who will remain after he is freed – and the criminal himself must be taught how to live respectfully in a free society. And, if the thief does not trust himself to manage his affairs in an open society, he may voluntarily increase his period of incarceration- rehabilitation.The second passage in Behar deals with a very different situation, wherein an individual cannot find gainful employment and he is freely willing to sell the work of his hands. The Bible here emphasizes that there is absolutely no room for slavery in such a case; the person may only be seen as a hired, residential laborer, who himself may choose the duration of his contract; his “person” is not “owned” in any way by his employer. Hence, he cannot be “given” a wife, and of course any children he may father are exclusively his children and not his employer’s children!  Shabbat shalom The writer is founder and chancellor of Ohr Torah Stone institutions, and the chief rabbi of Efrat. His latest book, The Living Tree: Studies in Modern Orthodoxy, is available from Maggid Books, a division of Koren Publishers Jerusalem.