Parshat Hukat: The life and death of Aaron the priest

We are not all cut out to be leaders. We are not all born to be like Moses our Master and lead people around us powerfully and courageously. 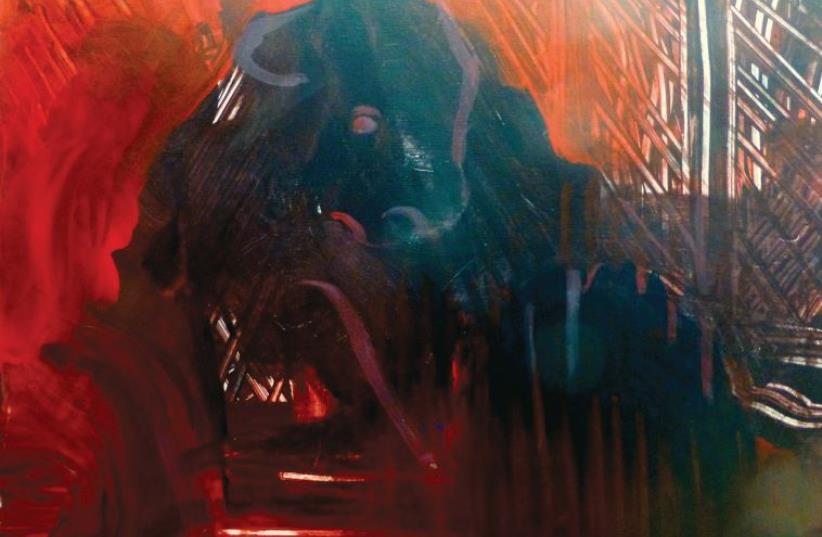 Painting by Yoram Raanan
(photo credit: YORAM RAANAN)
Advertisement
“This is the statute of the Torah which the Lord commanded, saying, ‘Speak to the children of Israel and have them take for you a perfectly red unblemished heifer... And you shall give it to Eleazar the kohen, and he shall take it outside the camp and slaughter it in his presence... The cow shall then be burned in his presence; its hide, its flesh, its blood, with its dung he shall burn it.” -Deuteronomy 19:2,3,5

Painting by Yoram Raanan: www.RaananArt.com When we look at three of the five books of the Torah – Exodus, Leviticus and Numbers – we cannot help but notice that Aaron, Moses’s brother, seems somewhat concealed. Aaron was the kohen gadol, the high priest. He was in charge of all the work of the Temple and was one of the nation’s leaders. But despite this, he was always in the shadow of his brother Moses’s huge persona.Moses was the nation’s leader, its navigator. Aaron was his assistant. Aaron accompanied Moses to Pharaoh and spoke in his name because Moses had difficulty speaking and was “heavy of mouth.” Aaron also hit the Nile because Moses felt he owed the Nile gratitude and could not hit it. Aaron was the second- in-command, the complement.The only time that Aaron took the leadership upon himself seemed like an utter failure. While Moses went up to Mount Sinai to learn the Torah in order to bequeath it to the people of Israel, the Torah says (Exodus 32:1): “When the people saw that Moses was late in coming down from the mountain, the people gathered against Aaron, and they said to him: ‘Come on! Make us gods that will go before us, because this man Moses, who brought us up from the land of Egypt – we don’t know what has become of him.’” The rest of the story is known. Aaron tells the nation to bring their families’ gold jewelry, in the hopes that it will kill time until Moses returns. The nation, however, quickly brings the jewelry, and when Aaron throws the gold into the fire, a golden calf is formed and the nation declares, “These are your gods, O Israel” (ibid. 32:4).Why did Aaron do this? Why didn’t he put the Children of Israel in their place and command them to wait until Moses returned? It is hard to understand all of his exact motives at the time. Our Sages say that Aaron’s nephew, Hur, paid with his life for trying to oppose the nation’s demand for the calf. Even the tone of the verse “the people gathered against Aaron” insinuates that Aaron was not left with much choice.But we can learn something about Aaron’s leadership.He did not go against the will of the nation but tried to go with it in order to then lead it to the correct path. Though the Torah states that the making of the calf was a mistake and a sin, it is not a statement about the characteristics demanded of Aaron as a leader.Aaron also did not set his eyes on leadership. When God assigned Moses the great mission of taking the Children of Israel out of Egypt, He said to him, “Is there not Aaron your brother, the Levite?... He is coming forth toward you, and when he sees you, he will rejoice in his heart.” Our Sages praise Aaron’s joyous heart and that he was not jealous of his younger brother’s rise to greatness. Aaron was not a leader all his life, but while standing in Moses’s shadow, he brought the nation closer to God in his own way.His entire life leads to this week’s portion, Hukat, which tells us about Aaron’s death. Moses and Aaron sin in a place called the waters of Meribah (Discontent) and God informs them that as a result of this sin, they will not enter the Land of Israel. Later, the Torah will tell us in great detail about the death of Moses prior to the nation entering the land. Moses tried desperately to appeal the decree. As the leader of the nation, he gave a powerful speech guiding the nation on issues of morality, which fills most of the book of Deuteronomy.And Aaron? Aaron is silent. The story of his death takes up a small section in the portion, and even there, there is no mention of Aaron saying even one word about it.Aaron takes his last steps the same way he acted when two of his sons died in a horrific tragedy. His reaction then is described as such: “And Aaron was silent” (Leviticus 10:3).Aaron accepts. The midrash also describes at length Aaron’s calm demeanor before his death. Moses undresses Aaron and dresses his son Elazar in his clothing.And Aaron dies. Silently.Then the Torah adds a few more words which symbolize Aaron more than anything. “…and the entire House of Israel wept for Aaron.” Our Sages discerned that after Moses died, it simply said, ”And the sons of Israel wept for Moses,” and explained that the entire nation wept for Aaron because he pursued peace and promoted peace between friends and between wives and husbands. This was Aaron’s way: peace, integrity, silence.We are not all cut out to be leaders. We are not all born to be like Moses our Master and lead people around us powerfully and courageously. Some of us might take someone more like Aaron as our mentor, Aaron who, in his innocent and quiet manner, pursued peace and promoted peace in the nation.  The writer is the rabbi of the Western Wall and holy sites.