Portland chef at home in the Israeli kitchen

In Portland, Louis is known for her two popular eateries, Lincoln in North Portland and Sunshine Tavern in the southeast part of the city. 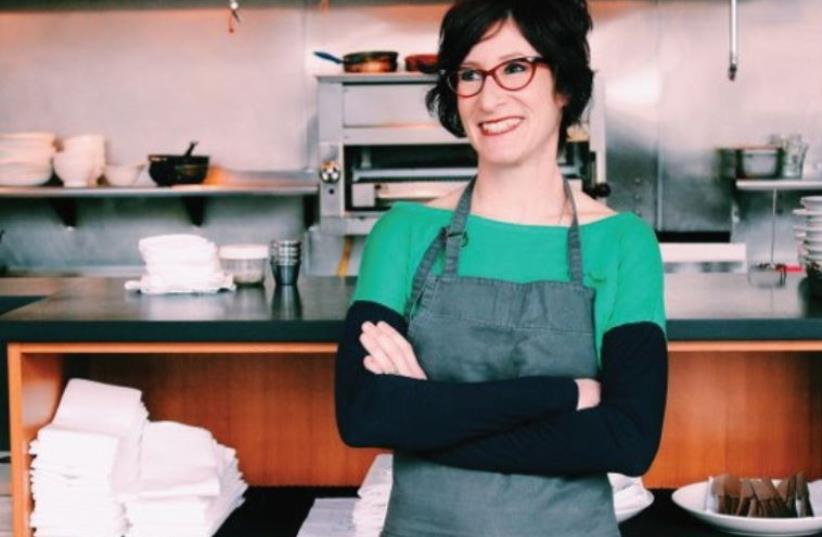 JENN LOUIS: Israeli fare is ‘really rustic… very rich, incredibly flavorful (and) healthy.
(photo credit: Courtesy)
Advertisement
Jenn Louis, the pioneering Portland, Oregon chef, may be a long way from Israel, but she’s still very much at home in the Israeli kitchen.Later this year, she’ll open an Israeli restaurant in the historic Commercial Exchange building in revitalized downtown Los Angeles. This location will also be the home of a Freehand hostel and Miami’s well-known Broken Shaker bar.Louis has visited Israel a number of times, most recently on what she terms an “eye opening,” oneweek food exploration trip to Tel Aviv, Jerusalem and Acre, including a full day of hummus tasting and a visit to Uri Buri, the legendary fish and seafood restaurant in Acre.In Portland, Louis is known for her two popular eateries, Lincoln in North Portland and Sunshine Tavern in the southeast part of the city.In Lincoln the idea is “simple, not fussy” food, and one of the big draws is pasta tasting nightly with a selection of three pastas (requiring the participation of the entire table).Beyond pastas, one can also choose from meat and fish dishes, including items like shellfish bread stew with clams, prawn, squid, and cod, or roasted chicken with shoestring potatoes and chicories. Louis also serves vegetarian starters and entrées.Meanwhile, Sunshine Tavern bills itself as a “warm, playful and welcoming environment” with a basic pub menu. Among its selections are pizzas, griddle burgers with a choice of pimento cheese or chicken liver mousse, or fried chicken with yeasted semolina waffles. On top of all that, there’s a 14-foot shuffleboard table for added amusement.While she hasn’t yet chosen a name for her new Israeli restaurant, Louis has already, in Lincoln, previewed the flavors of Israel, including an optional drink pairing menu.In a recent Israeli tasting, she served this sublime menu, which will sound just like home to anyone familiar with Israeli flavors: • Grilled dates and Marcona almonds with lime and sea salt • Coffee braised eggs with za’atar, sea salt and olive oil • Carrot hummus and labneh with mint, toasted lentils, orange • Brussels sprouts and grapes with cashews, ras el hanout and mint • Shakshuka with merguez sausage, eggs • Malabi with pistachios, ginger, pear syrup and rose petals (almond brittle) For Louis, Israeli fare is “really rustic… very rich, incredibly flavorful (and) healthy.”“I think that there is a very special and deep flavor in Middle Eastern food,” she notes enthusiastically, “and I think that Israel is a unique country in that what people perceive as Israeli is very different from (the reality).“I think for me Israel first and foremost is a Mediterranean country, and it acts like a Mediterranean country – the weather, the food, the growing, the pace. It’s very Mediterranean, but it’s also backed up against the Middle East, and so it has tremendous Middle Eastern influences.“It’s really a combination, and you have all the influences coming from North Africa as well. What also is really interesting is that you have cultures living there from all over the world, very much like the US in that you’ve got Canadians, Americans, French people and Italians. There is really this deep variation of culture, and that influences the food tremendously.”SOME YEARS Ago, Louis spent about three months on Kibbutz Yotvata, a dairy cooperative in the South of the country. She had recently graduated from Pitzer College in Southern California and decided to go on a world tour, including Israel.On her days off from Yotvata, Louis visited a small Yemenite restaurant in Eilat where she was introduced to Yemenite bread known as melawach, fondly recalling it as “very simply done” with a bit of grated tomato.“It was so different than any bread I’d ever had in the US,” she says.“It was just really delicious, and it was just always very memorable to me.”A semi-finalist in the 2010 and 2011 James Beard Foundation “Best Chef Northwest” competition, Louis is the author of Pasta by Hand, which opens up the wonderful world of Italian dumplings – all based on recipes Louis gathered from chefs, nonnas (grandmothers) and home cooks in Italy.The chef, who attended the Western Culinary Institute of Portland, also operates a full-service catering business called Culinary Artistry. She dates her decision to go into cooking professionally from the time she took a job cooking for an Outward Bound base camp in North Carolina.From that fruitful adventure to the present, Louis has basically come full circle, and one now anticipates what she calls “a very soulful depth of (Israeli) cuisine” in her new Los Angeles restaurant.