Former Spice Girls singer is reportedly embarrassed of biblical verse inked down the nape of her neck. 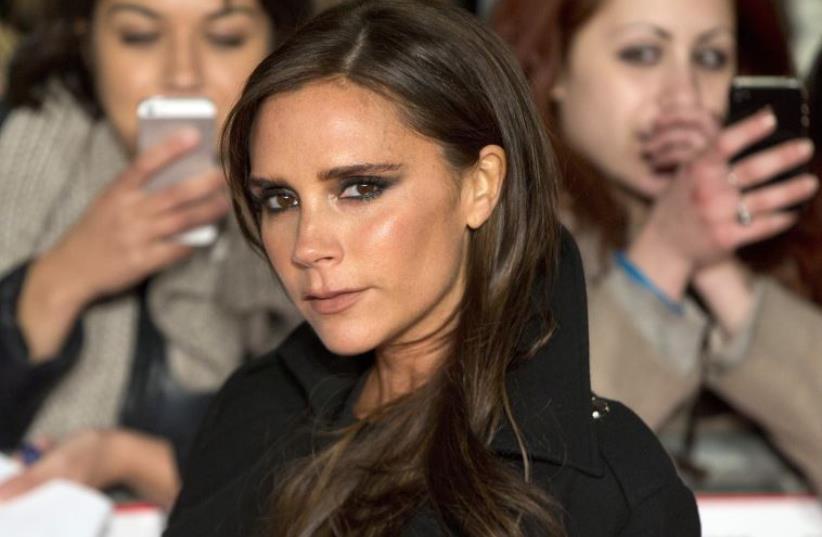 Victoria Beckham
(photo credit: REUTERS)
Advertisement
Victoria Beckham, a former member of the Spice Girls pop group and wife of soccer star David Beckham, has a tattoo in Hebrew on her back. Well, that might not be the case for much longer.According to British tabloid The Sun, the tattoo – which runs down the nape of her neck and translates to “I am my beloved’s and my beloved is mine” – is slowly fading away. The words are from the Song of Songs in the Bible. Insiders told the magazine that Beckham, who is now a high-power fashion business executive, has been embarrassed lately by the tattoo, seeing it as a “tacky” symbol of her former life as a pop star.The magazine went a step further to insinuate that this could actually mean that the Beckhams are going through a tumultuous time in their relationship. They both run several business ventures and maintain star-studded social lives in London and Los Angeles. False rumors had spread in 2004 that David had an affair with one of his assistants, but Victoria got the tattoo the following year in a public show of affection for her spouse.David, 40, who was formerly one of the English Premier League’s best players (but is now most popular for his series of underwear ads), has a matching Hebrew tattoo. His maternal grandmother was Jewish, and he has referred to himself as “half-Jewish.” The Beckhams sent their youngest son Cruz to a Jewish nursery school in Los Angeles attached to the Reform Stephen S. Wise Temple.There is no word on whether David is having his Hebrew tattoo removed, but it probably won’t affect his underwear modeling career either way.