Soldiers injured in Gaza tell their story: 'The bullet went straight through my knee'

The IDF's Gaza op ended in August, but the wounds remain. Part 1 of a series of interviews with combat soldiers.

By TAMARA ZIEVE
NOVEMBER 11, 2014 16:59
Battlefield stories
(photo credit: IDF,JPOST STAFF)
Advertisement
Sergeant Levy Nombo was on guard duty in Gaza during the IDF’s summer operation, when he was taken by surprise by a sniper’s bullet. He had gone to get something for his commander, when the latter told him to come back quickly, having received warning of some movement in the area. Nombo, 21, didn’t make it back in time - a sniper shot at him, striking his leg. The bullet went straight through his left knee and he called to his commander that he had been hurt. “I was surprised,” The Congo-born soldier told The Jerusalem Post. “But I understood exactly what had happened - I was fully conscious.”
Nombo’s commander immediately called for help, and he was taken to shelter and tended to, before being evacuated by tank to ambulance, to helicopter, to Beilinson hospital. There he underwent an operation, before spending three months at home recuperating.
The incident occurred in the middle of Operation Protective Edge and Nombo felt a sense of frustration at being stuck at home, unable to communicate with his friends and fellow-soldiers who remained in Gaza. “But as soon as they got out of Gaza they visited me and updated me on everything that had happened.” 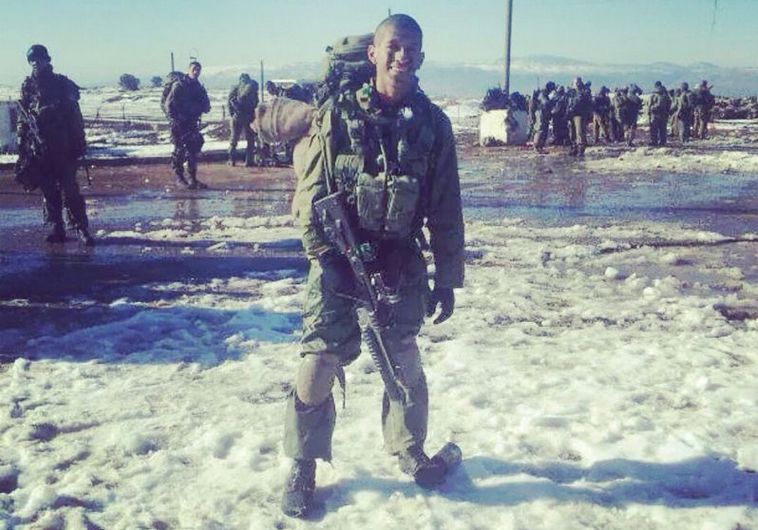 During Nombo’s time both in hospital and at home, he was struck by the support and gratitude showered upon him by people from all over the country. Not only did friends and family visit him, but also MKs, the mayor from his hometown, Lod, and IDF commanders. “People who didn’t even know me burst into my hospital room and brought me food,” he recalls. Families from Sderot brought him candy and told him that because of him, they sleep more soundly at night. “It wasn’t terrible,” Nombo remarks lightheartedly. On a more serious note, he says: “It feels good to know that people appreciate what you do. Most of the time you don’t have personal contact with these people so it’s nice to know they value what you do.”
Nombo went back to the army three months after sustaining his injury. “They called me back suddenly, but I wanted to go,” he tells the Post. “I could have gone down to a job-nik (non-combatant) position, but I told my commander there is no chance I’m not coming back to the unit.” He says he is still somewhat restricted by his injury; he can’t run for too long, now and again his knee hurts, and it sometimes  gets dislocated. “But I’m OK,” he says. Previously a grenade launcher, he now serves in the situation room, “doing things that don’t require physical activity.” Nombo has one year left of IDF service, and if his knee fully heals, he will consider continuing in the army.