Two reports surfaced in three days of Israelis who were shot and only discovered the bullets in their bodies after time had gone by.

Dor Mizan, a 26-year-old student from Beersheba recently discovered that he had a bullet in his neck for nine years, N12 reported on Wednesday.

According to the report, when he was 13, after playing soccer with his friends one evening in the town where he grew up, he went to the electricity box to turn off the lights on the soccer field when he felt a sharp pain in his neck.

"My first thought was that maybe one of my friends threw something at me or that a bee stung me, so I automatically looked down," Mizan told N12.

His friends immediately came over to see what happened and saw blood and a hole on his neck, but because his parents were out of the country at the time, there was no one to take him to the hospital.

Mizan found someone to take him to the hospital, and when he told them that he hadn't passed out, they cleaned the wound, closed the hole and told him to go home. 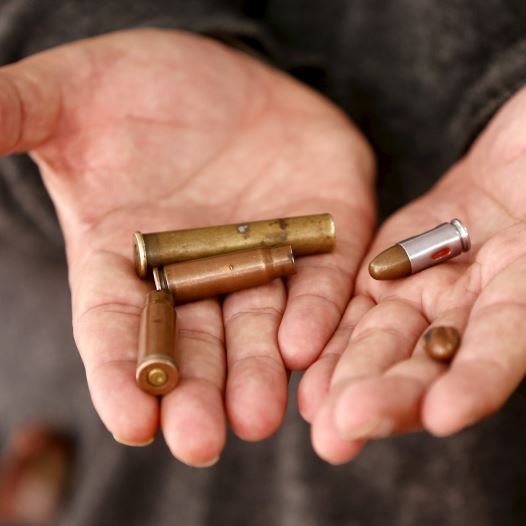 Nine years later, while swimming in a pool, he started to feel an uncomfortable sensation in his hands and went to get a shoulder x-ray at the hospital. There they discovered the bullet.

Due to the medical risks involved with removing the bullet, the doctors "decided in the end to keep it where it is and just hope it doesn't get infected which is also a risk," Mizan told N12.

On Monday, N12 reported a similar case with Adi who was attending her friend's wedding three months ago when she felt a sharp pain in her back during the chuppah.

Just like Mizan, Adi thought something had been thrown at her, but she and her friends didn't see anything except a tiny bit of blood on her hand.

Adi told N12 that she spent the rest of the wedding in extreme pain and went to see the doctor shortly after. The doctor gave her antibiotics, but that didn't help.

A CT scan then showed that there was a metallic object in her back. During the surgery that was done three months later, the object was revealed to be a bullet.

In both cases, the identity of the shooter remains a mystery and the amount of time that has elapsed, especially in Mizan's case, will make it difficult to find it out.