Furthermore, because sharks aren’t kosher, they’re not being fished for “and we've created somewhat of a safe haven for them, unlike in many nearby regions,” he said. 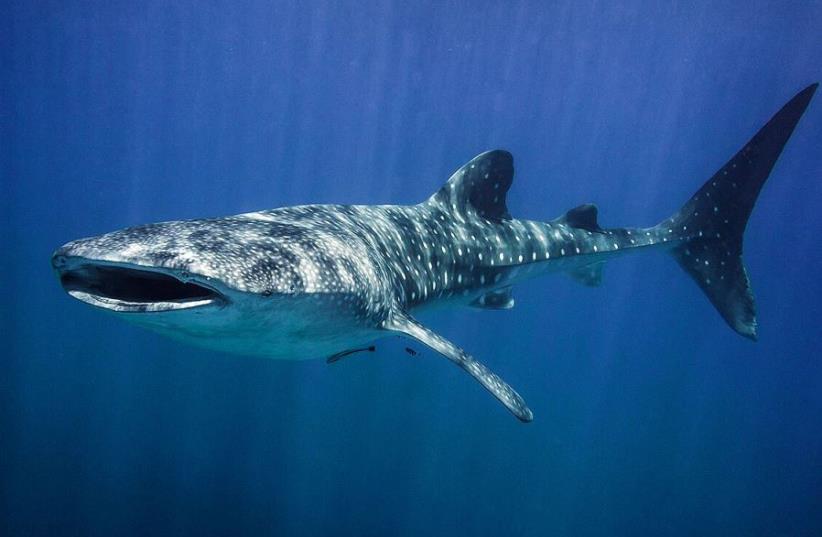 Whale shark swims in the Gulf of Eilat
(photo credit: OMRI YOSSEF OMESSI/NATURE AND PARKS AUTHORITY)
Advertisement
Israel has become an unlikely hub for sharks during the winter months, according to an expert from the University of Haifa’s Charney School of Marine Sciences. “Over the last 60 to 70 years, we’ve lost 95% of the [entire Mediterranean Sea’s] shark population,” said marine ecologist Eyal Bigal. However, today, he said, “What’s been fascinating is that the sharks have been aggregating around the country’s coastal power stations, perhaps due to the higher temperatures creating a Jacuzzi effect near the plants.”Bigal said that Israel is utilizing the aggregation of the sharks to learn more about them. Through techniques such as tagging, researchers have already been able to determine that some of the sharks are coming back each year.“So far, we’ve tagged around 50,” Bigal said. Furthermore, because sharks aren’t kosher, they’re not being fished for “and we’ve created somewhat of a safe haven for them, unlike in many nearby regions,” he said. Bigal also pointed out that in Israel, people swim with the sharks, “and they’ve never bitten anyone. But at the end of the day, they’re large wild animals, which are potentially dangerous.”Shark Week, cable television’s longest-running summer event, starts July 28 on the Discovery Channel.