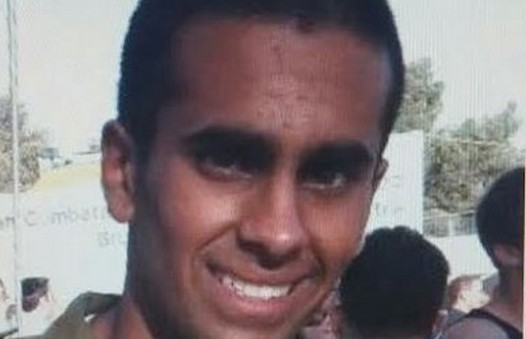 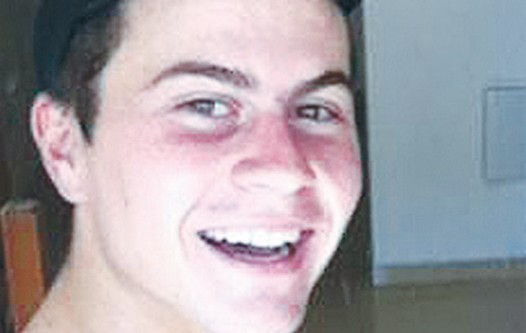 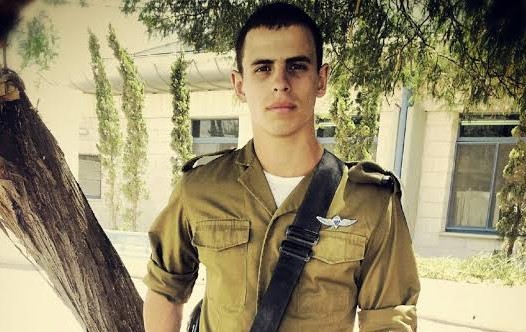 "Shahar was a boy full of joy of life and love for life. From a young age he was mature and took on tasks and responsibilities like an adult. In Ginegar addressed everyone who needed help. He had friend throughout the [Jezreel] valley. A social boy, loving, handsome and an exceptional basketball player," Michal Wolf, a counselor and coordinator for youth on Dauber's kibbutz, told Ma'ariv Online. Dauber is survived by his parents, Orly and Boris, and his 24-year-old brother, Guy. The funeral for Paz Eliyahu was schedule for Thursday at 5 p.m. at the cemetery in Evron. Shahar Dauber's funeral was set to take place at 11 a.m. Thursday at the cemetery in Ginegar.Additionally, two soldiers were killed on Tuesday evening in fighting in Gaza. One of them was Capt. Dmitri Levitas, a company commander in the Armored Corps, who was killed by Gazan sniper. He was 26 and lived both in Jerusalem and in Kibbutz Geshur on the Golan Heights. The second soldier killed on Tuesday was Lt. Natan Cohen, 23, a company commander in the Armored Corps from Modi’in.Before the most recent salvo on Gush Dan at around 9 p.m., the IDF said that Gazans had fired around 80 rockets into Israel on Wednesday.Sixty of these hit inside Israel, including two in built-up areas. Seventeen were intercepted.Thirty-two soldiers have been killed over the past week of combat.The IDF has killed more than 200 Hamas and Islamic Jihad terrorists since the start of the ground offensive last Thursday.On Wednesday, the military attacked more than 100 targets across Gaza including underground rocket launchers, terrorist tunnels and military structures. The IDF has hit more than 3,300 targets since the start of Operation Protective Edge on July 8.The IAF bombed terrorist infrastructure belonging to a senior Islamic Jihad member in western Jabalya on Wednesday afternoon. Soon afterward, an Armored Corps unit detected gunmen riding on motorcycles in its direction.The unit fired on and struck the approaching terrorists.A gunman wearing an IDF uniform was arrested, and 150 terrorist suspects were taken into custody throughout the day. In southern Gaza, 12 terrorists who boarded an ambulance were detected. The IAF killed three in an air strike after they disembarked, and then struck a building that the remainder of the cell hid in.In recent days, the Shin Bet (Israel Security Agency) and the IDF targeted a series of Islamic Jihad field commanders, whom security forces described as prominent figures who stood behind many attacks on the army and rocket fire on Israeli civilians.Islamic Jihad commanders killed in recent days include Akram Salah Muhammad Sha’ar, a senior member of the organization in the Khan Yunis area, Muhammad Awad Ali Ziada, from Jabalya, who commanded a battalion in northern Gaza, Sa’aban Khaled Sa’aban Dahduah, from Gaza City, who commanded a battalion in his region, and Said Muhammad Nasser Abu Muamar, of Rafah, who also commanded an Islamic Jihad battalion in his area.Meanwhile, the IDF continued to uncover and destroy tunnels in the Gaza Strip.Earlier on Wednesday, Hamas used positions in Al-Wafa Hospital in Gaza City’s Shejaia neighborhood to fire automatic weapons and anti-tank missiles at soldiers, and the IDF fired back.“The hospital was used for activating war rooms and command and control centers by Hamas and Palestinian Islamic Jihad,” the army said.The Office of the IDF Coordinator of Government Activities in the Territories issued repeated and direct warnings to the hospital’s manager, and to other Palestinians involved in running the hospital, the army said.“Firing on our soldiers has grown in recent hours and endangered forces. As a result, the IDF has decided to strike terrorists operating in the hospital complex,” it added.Al-Wafa Hospital has become a Hamas military base, which includes a command and control center that orchestrates terrorism, a lookout post for gathering intelligence, and several tunnels used by Hamas, according to IDF intelligence. The hospital has been completely abandoned by patients and medical staff. Only Hamas gunmen are inside, firing on the IDF. Secondary blasts from IDF strikes on the facility showed that it contained many weapons.The army on Wednesday uncovered another tunnel shaft in Gaza, leading to an underground passage that contained IDF uniforms, maps and weapons.Meanwhile, a Givati Brigade infantry unit fired on a terrorist cell that surfaced from a tunnel. One terrorist was shot.Elsewhere in the Gaza Strip, an Armored Corps force fired on a terrorist cell that was about to fire an anti-tank missile at soldiers. The cell was hit, the army said.Overnight between Wednesday and Thursday, a Golani Brigade infantry force came under anti-tank fire. Soldiers returned fire, and directed an air strike at the cell that fired the missile. The cell was hit.The 401st Armored Brigade and units under its command have attacked more than 150 targets since the start of the ground offensive against Hamas, and killed over 20 terrorists.Units of the brigade destroyed a car bomb by firing a tank shell, and uncovered many weapons used by the enemy, the army said.Merkava 4 tanks operating inside Gaza are protected by the Trophy anti-missile system, and as a result are able to move deep inside enemy territory and destroy targets from a distance, while dealing with the threat of anti-tank missiles and providing cover for infantrymen.On Tuesday, the brigade’s commander, Col. Sa’ar Tzur, oversaw a brigade- level operation involving tanks, infantry and air support to seize areas in Gaza. Terrorists fired shells and rocket-propelled grenades at soldiers during the operation, who responded with a wave of fire from tanks and infantrymen. A terrorist cell was found approaching the forces, and was destroyed from the air.Ben Hartman contributed to this report.