For more than five hours sites were taken down, or showed content critical of the Hamas leadership; one hacked site featured a video mocking lavish lifestyle of Khaled Mashaal. 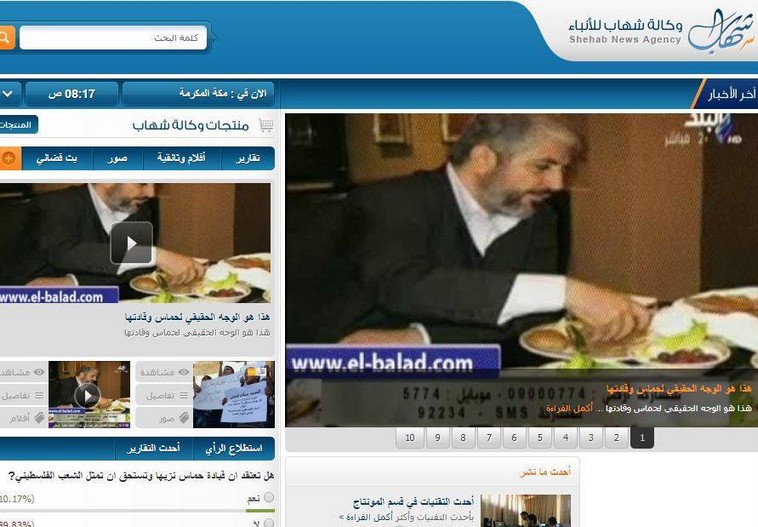 A major hacking attack was carried out on Monday morning against some of Hamas's leading websites. For more than five hours various sites were disabled and others displayed content against Hamas and its leaders.
The leading Hamas site Shehab.ps displayed anti-Hamas headlines that when clicked played a video from Egyptian Television that was unfavorable to Hamas. In the video, from the Egyptian anti-Hamas website El-Balad, Hamas leader Khaled Mashaal is seen living a life of luxury. The anchor on the video says: "If Mashaal is man enough  , why doesn't he take a plane from Qatar to Egypt . We would gladly open our border and let him enter the Gaza Strip, and then he can hide together with Hamas leader [Ismail] Haniyeh in a bunker underground." Later Monday, the site's Facebook page- that has more than a million followers- confirmed the "Zionist attack" and said that they would "continue to expose the Zionist crimes."Other leading Hamas sites, such as Felesteen.ps and alsafa were hacked as well, and could not be accessed for more than four hours. Soon after the attack, Felesteen's Facebook page posted that the "occupation forces" had hacked the site, and that they were working to fix the it. 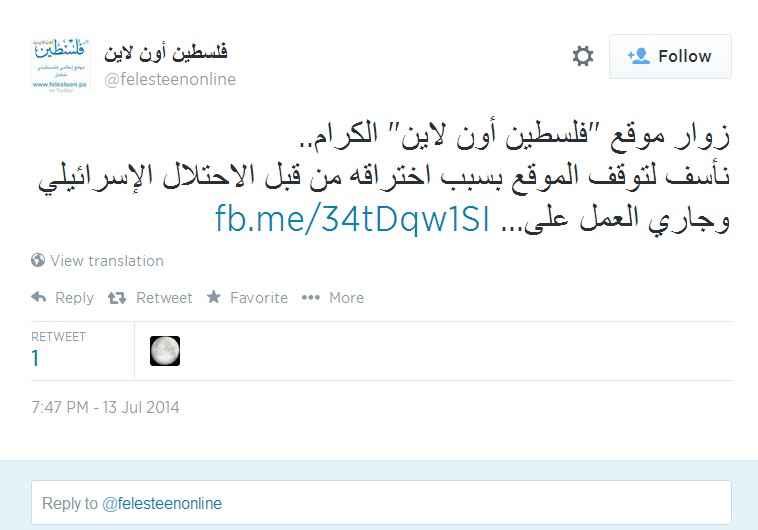