100 years later, the Balfour Declaration is more relevant than ever

The BDS campaign must be seen not only as an assault against Israel and Jewish communities. 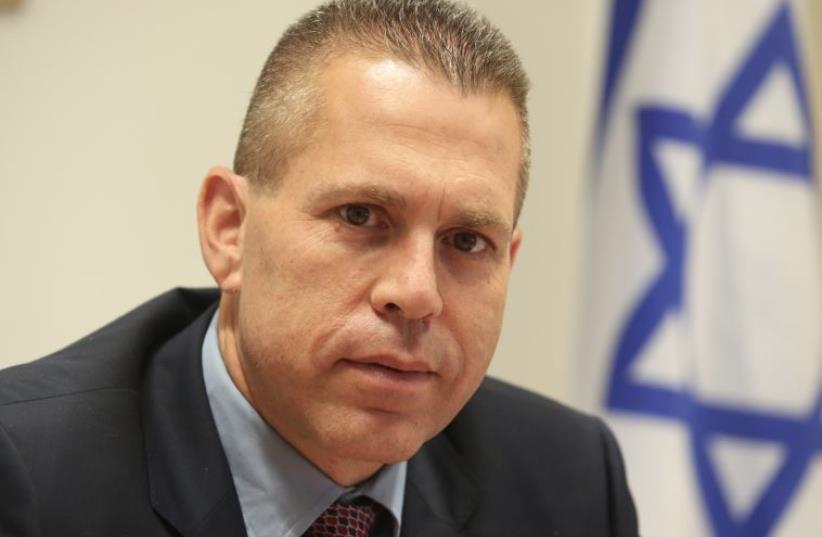 Gilad Erdan
(photo credit: MARC ISRAEL SELLEM)
Advertisement
A century ago, British foreign secretary Arthur James Balfour issued a one-sentence declaration that profoundly impacted the course of the Jewish people and the Middle East: “His majesty’s government view with favor the establishment in Palestine of a national home for the Jewish people.”The Balfour Declaration was a turning point in the efforts to gain international legitimacy for the reestablishment of a Jewish national homeland. Unfortunately, 100 years later there are still many who seek to delegitimize Israel’s very right to exist. By reaffirming the spirit of Balfour today, the international community can ensure the rights of the Jewish people and create the conditions for a viable peace.Since its founding, Israel has faced numerous wars aimed at its destruction. Despite its enemies having failed to achieve their aim, Israel today is a thriving democracy with a dynamic economy. While the wars failed to obtain their objective, there are many, both in the Middle East and the West, who remain determined to erase Israel from the map.This determination is fueled by a discourse which demonizes Jews and Israelis, delegitimizes Israel’s right to exist, and disseminates fake news regarding Israel’s actions. Middle Eastern terrorist organizations, such as Hamas and Hezbollah, translate this delegitimization and hatred into murderous attacks against civilians.In the West, this same delegitimization and hatred is translated into a campaign calling to boycott the Jewish state. BDS activists threaten artists planning to perform in Israel, violently shut down pro-Israel events at universities, vandalize stores selling Israeli products, and blacklist Israeli companies. At the UN, they, together with the Palestinian leadership, lead the calls to single out Israel as the source of all the region’s ills.Over the last several years, we have been leading a concerted effort to counter this delegitimization campaign and our efforts have been met with a fair degree of success. Leaders from Theresa May to Emmanuel Macron to Angela Merkel to both Barack Obama and Donald Trump have roundly condemned the calls to boycott Israel.The US government and 24 US states have passed laws against BDS. French and Spanish courts have ruled that boycotts against Israel are illegal, while banks across Europe have closed BDS-linked accounts. World-renowned cultural and academic figures are speaking out against the boycott campaign, while Israel’s economy continues to thrive.However, the battle is far from over. The UN continues to focus obsessively on Israel, while ignoring gross human rights violations taking place in Syria, Iran and elsewhere. On US and UK campuses, BDS activists continue to violently silence pro-Israel speakers, while in South Africa, BDS protesters have stood outside Israeli events singing, “Shoot the Jews.”The BDS campaign must be seen not only as an assault against Israel and Jewish communities. By hijacking the agendas of international institutions and civil-society bodies, Israel’s delegitimizers divert attention and funds from the millions suffering human rights abuses around the world and subvert the core mission of these institutions.The delegitimization campaign also undermines the chances for peace. The Palestinian leadership’s decision to choose the path of delegitimization over the path of negotiations has only increased tensions and made peace more difficult to achieve.As we mark the Balfour Centennial, the spirit of that declaration is more relevant than ever. By unequivocally rejecting attempts to delegitimize Israel, the leaders of democratic countries can send a clear message that negotiations rather than boycotts are the means for advancing the Israeli-Palestinian political process.By reaffirming their commitment to Israel’s right to exist as a Jewish and democratic state, these leaders can encourage Arab states to bring their growing relations with Israel out into the open. In this way, Balfour’s declaration of 100 years ago can serve as a foundation for a lasting and viable peace.The writer is Israel’s minister of strategic affairs and minister of public security.